Pacific Island leaders say the world is dragging its feet at the Paris climate change talks, and their future is at stake. 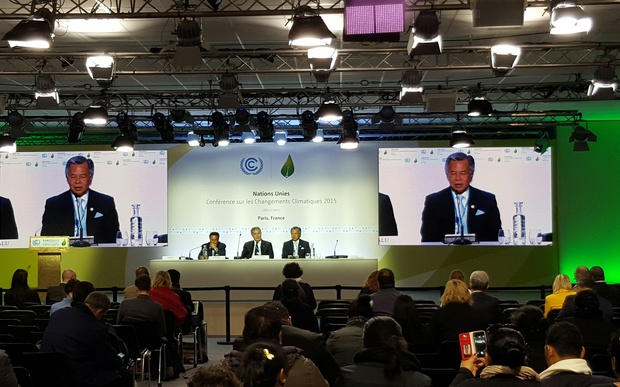 Cook Islands PM Henry Puna on the large screen during a news conference with the leaders of Tuvalu and Palau at COP21. Photo: RNZ / Chris Bramwell

Negotiators have finalised a draft agreement that has been sent to ministers, but many issues remain unresolved. 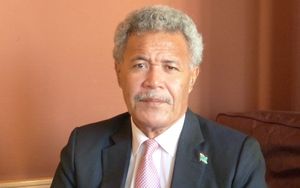 The text is still too long and contains numerous square brackets - indicating different wording options - even over whether the aim should be to keep global temperature rises within 1.5 or 2°C of warming.

Tuvalu Prime Minister Enele Sopoaga said leaders must not shy away from the task at hand, which was critical for Pacific Islands.

"The world is dragging its feet, we must continue to press on.

"Below 1.5°C must be the target here, anything less ambitious, say 2°C, is catastrophic and will spell out the end disappearance of my own country Tuvalu." 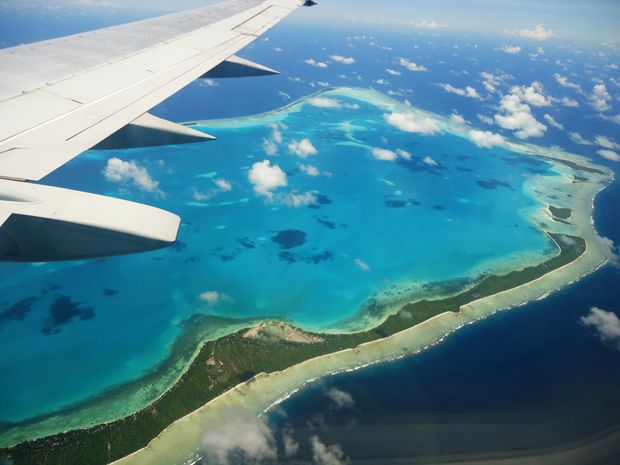 Cook Islands Prime Minister Henry Puna said he was worried that climate change was being treated as an academic issue at the talks.

"This is not an academic issue for the Pacific Island countries, this is a real, live issue. In fact it is no exaggeration to say to you that this is a matter of life and death for us."

The high level segment of the talks gets under way at 10pm tomorrow (New Zealand time).