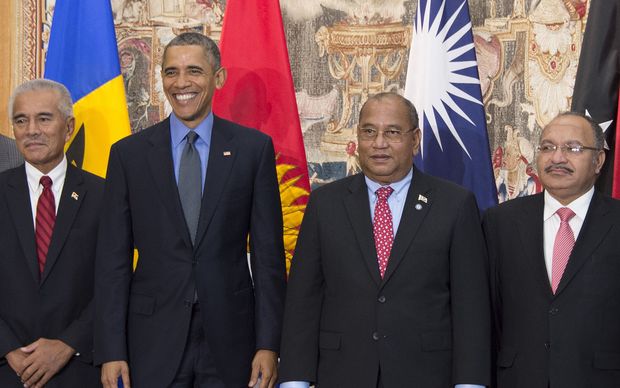 The leaders of Kiribati, Marshall Islands and Papua New Guinea have stressed the region's climate change demands at a meeting with the US President Barack Obama on the sidelines of COP21 in Paris.

The leaders put to Mr Obama the need for a climate change deal to include loss and damage provisions and a global temperature rise restricted to 1.5 degrees

The President of Kiribati Anote Tong described the meeting as useful.

Mr Tong says the United States has assured the leaders of some commitments but he says the details need to be worked out.

"Some understandings have been reached but that will not mean a trade-off of 1.5 global goal for loss and damage," said Tuvalu's Prime Minister, Enele Sopoaga.

The Tuvaluan leader was not in the meeting with President Obama but has been in close contact with senior US Government officials including the Secretary of State, John Kerry, on the negotiating positions of Tuvalu and other Pacific Small Island Developing States.

"We will need to work out these details with the US negotiators in the coming days," explained Mr Sopoaga. 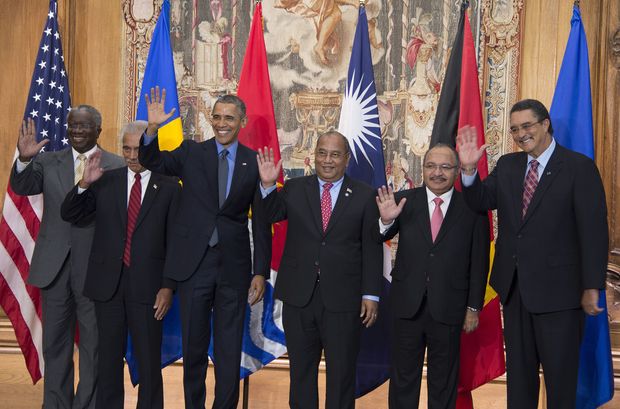