Chicago's police chief has been fired following the outcry over the fatal shooting of a black teenager by a police officer. 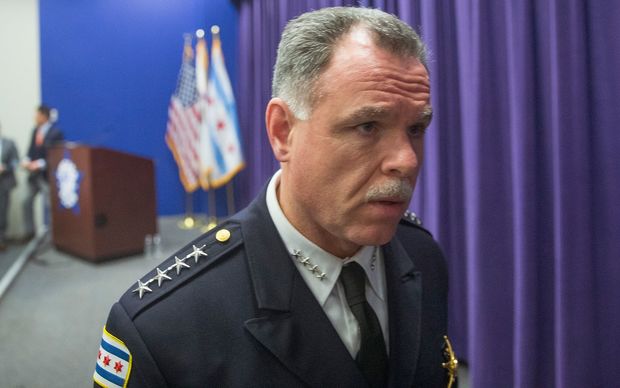 A black 17-year-old, Laquan McDonald, was shot 16 times by a white police officer in October 2014.

Officer Jason Van Dyke has been charged with first-degree murder.

City mayor Rahm Emanuel told reporters he had dismissed Superintendent Garry McCarthy because of an erosion in public trust.

"It's time for fresh eyes and new leadership to confront the challenges."

Mr Emanuel appointed the city's chief of detectives, John Escalante, to oversee the police department until they find a permanent replacement.

There had been calls for Mr McCarthy's resignation leading up to the mayor's announcement.

Members of the city council's black caucus, urging for his resignation, cited Chicago's high crime rate and lack of transparency from the police department.

Mr McCarthy has served as police chief since 2011.

The video was only released after an order from a judge 13 months after the shooting.

Mr Van Dyke left jail on Monday on bail. He was placed on administrative duty after the shooting, still receiving a salary from the police department until he was charged with murder.

Mr Emanuel has established a new task force on police accountability to improve oversight and evaluate officers and videos of police-involved violent incidents.