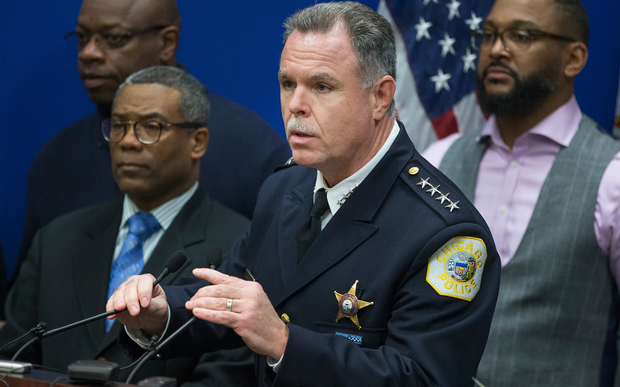 Officer Jason Van Dyke has been charged with first-degree murder for killing Laquan McDonald, 17. Police say he refused to drop a knife. 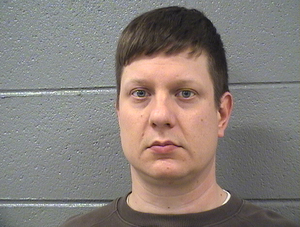 Mr Van Dyke said through his lawyer and police union he had feared for his life.

Chicago Mayor Rahm Emanuel has appealed for calm in the city.

Police use of excessive force against African Americans has been the subject of nationwide protests for months.

"It is fine to be passionate but it essential to remain peaceful," Mayor Emanuel told a news conference.

Chicago has been preparing for possible protests ahead of the release the police dashcam video.

In Minneapolis on Monday night, one of those protests was marred by violence when three white men opened fire at a rally, injuring five people.

In the Chicago case, a post-mortem showed Mr McDonald had been shot at least twice in the back.

State lawyer Anita Alvarez said Mr Van Dyke had not been justified in shooting the teenager.

She said Mr McDonald had been carrying a knife when he was stopped by police in 2014 but had not been threatening them or moving towards them.

Mr Van Dyke opened fire seconds after he arrived and continued shooting at the teenager as he lay on the ground, the lawyer added.

"While we expect officers to do their jobs... there are a few bad apples who go too far and break the law," she said. 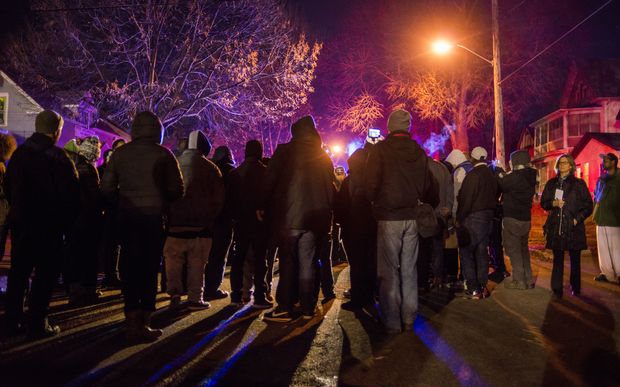 A group gathers in front of a police line after five people were shot at a Black Lives Matters protest on 24 November in Minneapolis. Photo: AFP

Illinois Governor Bruce Rauner has said the video is "very troubling" and he expects a strong public reaction, though he hopes it will be "thoughtful and peaceful".

The police union in Chicago had opposed the release of the video and said it would taint a trial jury.

Chicago police say Mr McDonald threatened officers with a knife and slashed the tyres and windows of a patrol car.