Former Black Cap Chris Cairns has been found not guilty of perjury and perverting the course of justice at Southwark Crown Court in London. 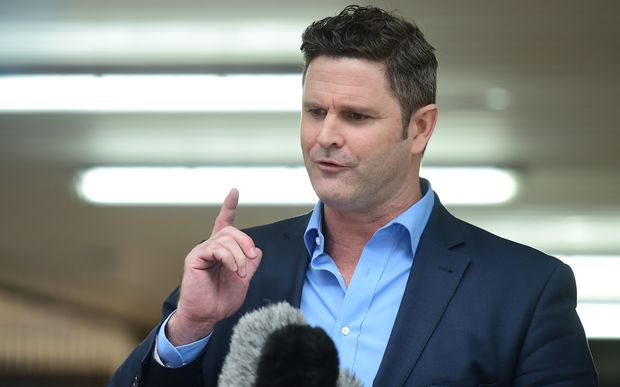 Chris Cairns outside court after hearing his not guilty verdict. Photo: AFP

Speaking after the verdict, Cairns said his reputation was "scorched, burned completely", but he was looking forward to returning home to his family.

The retired all-rounder said the trial had been "hell for everyone involved".

"I think I've been through the mill and come out the other side. I'm a very happy man."

For the past eight weeks, Cairns has been on trial in London accused of lying under oath about match fixing during a successful libel case in 2012. In that trial he said: "I have never, ever cheated at cricket. Nor would I ever contemplate such a thing."

Cairns leaving Southwark Crown Court for the final time. He's "off for a beer" #cairnstrial pic.twitter.com/mIzUNbzrjA

The 45-year-old was composed and held his head high as the head juror read the not guilty verdict.

Cairns asked what he'd say to Brendon McCullum if he saw him. His answer: "Why?" Ends stand up. pic.twitter.com/UyxsxkGCkB

Cairns' co-defendant Andrew Fitch-Holland, an English barrister, was also found not guilty of perverting the course of justice.

He was accused of trying to procure a false statement from Lou Vincent in support of Cairns' libel case.

The Crown's case was that Cairns fixed and instructed others to fix cricket matches while he captained the Chandigarh Lions in the 2008 Indian Cricket League.

Just spoke to an emotional Cairns in the lift. He's going to speak outside the court in 15mins. Had tears in his eyes #cairnstrial

The cameras are ready for Cairns' stand up #cairnstrial pic.twitter.com/0TZnlnW84Z

How the case unfolded

This timeline shows how events unfolded - from when Chris Cairns retired from international cricket in February 2006 to the end of the eight-week trial where he was charged perjury relating to his 2012 libel trial with Lalit Modi.

8 October 2015: The prosecution opens its case at the Southwark Crown Court in London, telling the court Cairns approached McCullum to fix games for up to $US180,000 a time.

13 October 2015: Lou Vincent appears as a witness saying he fixed five cricket games under Cairns' orders. Cairns' defence lawyer Orlando Pownall QC put it to Vincent that his account of events had changed over the years and that he had lied on numerous occasions, to which Vincent replied: "I've been a disgraceful human being."

16 October 2015: New Zealand cricket captain Brendon McCullum tells the jury Cairns twice approached him about match fixing in 2008 offering him up to $US180,000 a game. McCullum said he was shocked when he was first approached and said 'no' but it was not until February 2011 that he made an official complaint to the ICC's anti-corruption unit.

20 October 2015: Lou Vincent's former wife Eleanor Riley told the court that Cairns reassured her the cricketers would not get caught fixing games, saying "everybody in India did it."

23 October 2015: Former New Zealand cricket captain Daniel Vettori tells the court he made a genuine mistake about the date on which McCullum first told him he was approached by Cairns about match fixing. Vettori said he did not realise he was obliged to report third-party approaches until an anti-corruption training day in 2011. 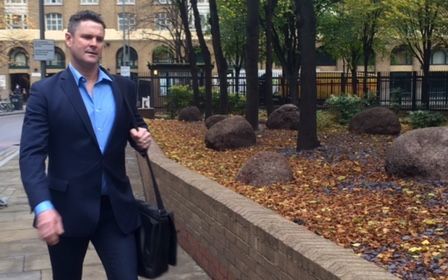 4 November 2015: Taking his place in the witness box for the first time, Cairns rejects all accusations of match fixing.

6 November 2015: Cairns accused of receiving wads of cash from Dubai diamond magnates in exchange for match-fixing.

7 November 2015: Cairns' co-defendant Andrew Fitch-Holland tells the court that he had no reason to believe, nor did he currently believe, that Chris Cairns was involved in match fixing.

13 November 2015: The prosecution ends its closing argument with a stinging attack on Cairns saying he has made a mockery of the game.

25 November 2015: The jury retires to consider its verdict. Justice Sweeney tells the jury to consider the perjury charge first and that the "critical issue" in determining the perjury verdict is whether the prosecution had convinced the jury Cairns was a cheat. Justice Sweeney said if Cairns was found not guilty of perjury, he also must be found not guilty of perverting the course of justice.