At least 35 homes have been destroyed and another 42 "impacted" in a massive bushfire that has killed two people in South Australia, authorities have confirmed. 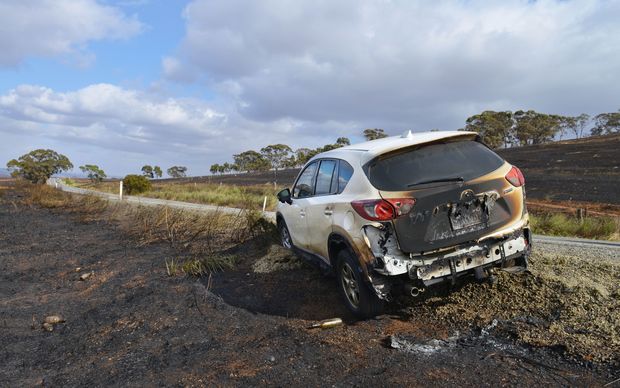 The blaze, known as the Pinery fire, has been downgraded from 'watch and act' to 'advice' level overnight as firefighters gained the upper hand.

At least 166 sheds have also been lost in the fire, authorities said.

The CFS said 75 percent of the fire had been contained and there had been no increase in the fire area in the past 24 hours.

Roads in the fire ground have been reopened by police, allowing residents to return to their homes and assess any damage.

Yesterday, a man who lost his life fighting the fires was named as 69-year-old farmer Allan Tiller from Pinery, who was described as a "terrific, community-minded man".

Janet Hughes, 56, from Hamley Bridge also died as the fire swept across the lower northern region of the state, north of Adelaide, while 19 people have been injured.