President Francois Hollande vowed France would step up the battle against Islamic State in Syria in the wake of the Paris attacks and asked parliament to consider extending a state of emergency by three months.

"France is at war," said President Hollande to MPs at a joint session of both houses of parliament.

The attacks in the French capital that killed at least 129 people as they enjoyed a Friday night out in bars, restaurants, a concert hall and the national stadium, "were acts of war". 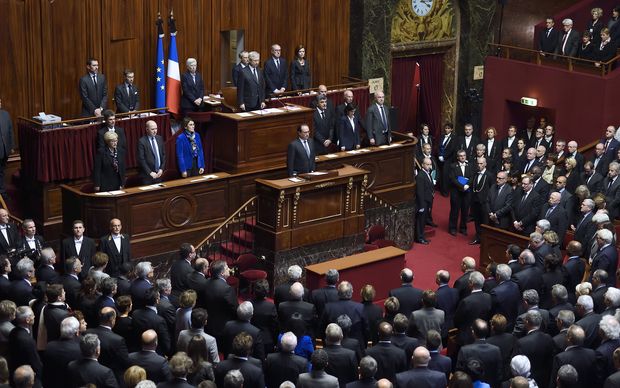 Mr Holland said the attacks were "decided and planned in Syria, prepared and organised in Belgium and perpetrated on our soil with French complicity", he said.

In response, France would "intensify" operations in Syria, Mr Hollande said. Yesterday French jets pounded IS targets in the group's Syrian stronghold of Raqa, its first military response to the Paris carnage.

"We will continue the strikes in the weeks to come," Hollande told MPs.

In the fight against the extremists, Hollande said he wanted increased international assistance, and would meet with US President Barack Obama and Russian President Vladimir Putin in coming days.

Turning to measures within France, he said he would ask parliament to consider extending a state of emergency by three months.

His long and solemn speech culminated in a rendition by MPs of the Marseillaise, the French national anthem.

Meanwhile, Islamic State has released a new video warning that countries taking part in air strikes against Syria will suffer the same fate as France, and threatening to attack Washington DC.

The video, which appeared on a site used by IS to post its messages, begins with news footage of the aftermath of the Paris attacks.

One man featured in the video says states that take part in what he calls the "crusader campaign' will have a day like France's.

He says 'As we struck France in the centre of its abode in Paris, then we swear that we will strike America at its centre in Washington'.

The authenticity of the video has not yet been verified.

A Belgian living in Syria is suspected of ordering the attacks which were probably carried out by a group led by Belgium-based French nationals with an accomplice who may have used a refugee route via Greece.

With at least one of the group still on the run, French prosecutors say they have identified five of the seven who died in suicide attacks on Paris bars, a concert hall and a soccer stadium.

Four were French, while the fifth man was stopped and fingerprinted in Greece in October and may have been Syrian.

Belgian police were hunting for Salah Abdeslam, a 26-year-old Frenchman based in a suburb of Brussels, who is one of at least two brothers believed to have been involved in the plan who managed to cross the border after the attacks.

Abdelhamid Abaaoud, a Belgian national currently in Syria, was suspected of having ordered the operation, a source close to the investigation said.

"He appears to be the brains behind several planned attacks in Europe," the source told Reuters. However, Belgian prosecutors said this was an unconfirmed rumour.

Amimour had been under police surveillance but had slipped away to Syria at some point after 2013.

A source close to the investigation named two other French assailants as Bilal Hadfi, 20, and Ibrahim Abdeslam, 31, brother of Saleh Abdeslam, who police suspect rented the black VW Polo car used during the shootings.

The police in France have made 23 arrests and seized assault rifles and drugs in nationwide raids on suspected Islamist militants following the terror attacks.

One Islamist militant suspected of arms and drugs dealing was found to have Kalashnikov assault rifles, automatic handguns and bullet proof vests.

Earlier Prime Minister Manuel Valls warned that France could be targeted again in the near future. 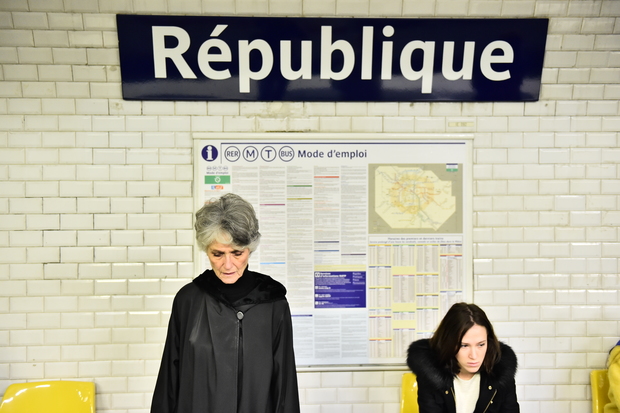 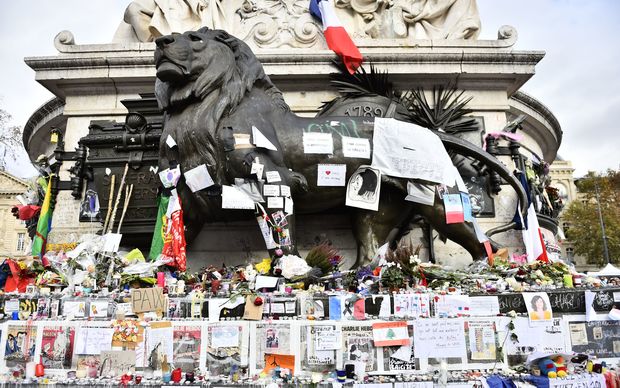 A makeshift memorial at the Place de la Republique for the victims of the Paris attacks. Photo: AFP