The European Council has warned that Europe is in a race against time to save its system of passport-free travel - known as the Schengen Area - and must move fast to tighten control of migration over its external borders. 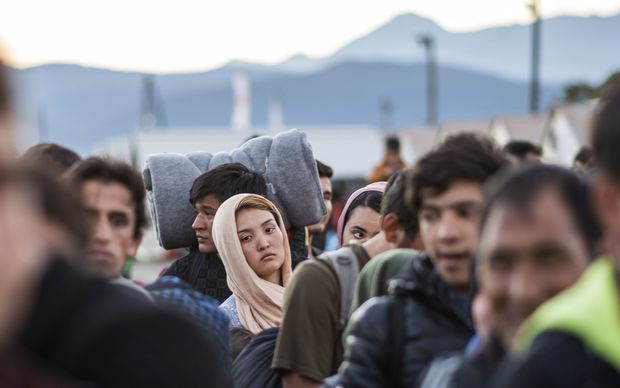 Migrants and refugees wait for a train heading to Serbia from the Greek-Macedonian border Photo: AFP

Sweden is the latest country to reimpose checks on arrivals from other European Union (EU) nations, while there were also new measures in Germany and Slovenia.

Speaking at a summit on migration in Malta, council president Donald Tusk said EU states were under huge pressure to save the Schengen Area.

"Saving Schengen is a race against time," Mr Tusk said of the open border system among European states. "And we are determined to win that race."

"We are under no illusions that we can improve the situation overnight but we are committed to giving people an alternative to risking their lives," the former Polish premier said after a summit with African leaders in Malta's capital, Valletta.

That would require implementing the series of measures agreed amid great dispute among EU governments over the past few months, he said. 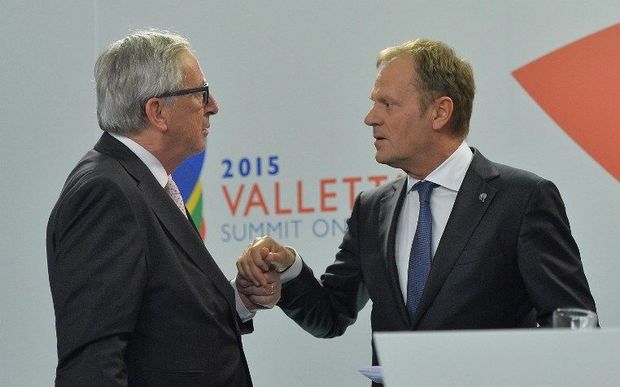 "This includes, first and foremost, restoring external border control. Without effective border control, the Schengen rules will not survive."

"We must hurry, but without panic," Mr Tusk said after the summit that was followed by an emergency EU summit later to discuss migration and notably efforts to secure a deal with Turkey to slow departures.

Sweden's move earlier to impose temporary border controls in response to a record influx of refugees was a turnaround for a country known for its open-door policies that also threw down the gauntlet to other EU nations hit by the migration crisis.

The decision by a Nordic state that touts itself as a "humanitarian superpower" underscored how the flow of refugees into the European Union is straining its prized system of open internal borders close to breaking point.

Germany warned it could start sending Syrian refugees back to other EU states from which they came, prompting Hungary to insist it would take none, while Sweden's neighbour Denmark said it was tightening immigration rules and Slovenia began to emulate Budapest in erecting new border fences.

Sweden has welcomed more asylum-seeking refugees and migrants per capita than any other EU country and authorities forecast that up to 190,000 asylum seekers could arrive this year, double the previous record from the early 1990s.

"Our signal to the rest of the EU is crystal clear - Sweden is the country that has shouldered the greatest responsibility for the refugee crisis," Interior Minister Anders Ygeman told a news conference hastily called by the centre-left government.

"If we are to cope with this mutual challenge, the other countries must take their responsibility."

Sweden's border controls will primarily extend to the bridge across the Oresund strait separating Sweden and Denmark and ferry ports in the region. They will be imposed for a period of 10 days and could be extended by 20-day periods.

Meanwhile, EU and African leaders at the summit in Malta announced measures designed to prevent thousands of refugees from African countries making the perilous journey across the Mediterranean to Europe.

But African leaders at the summit said the EU fund of about $3 billion would do little to reduce the number of migrants trying to reach Europe.

The money was part of a range of measures to help tackle the economic and security problems that drive people out of Africa.

It will be used to finance projects ranging from training to combating food shortages.

It was hoped the trust fund, consisting largely of 1.8 billion euros put up by the European Commission - the EU executive - from the bloc's central budget, would be matched by member states, but few have pledged much so far.

But African leaders said the fund's effect would be limited, and more fundamental economic change was needed.

"The trust fund is not enough, 1.8 billion euros is far from enough," said Mahamadou Issoufou, the president of Niger in the Sahel, which faces serious problems with migration and drought. 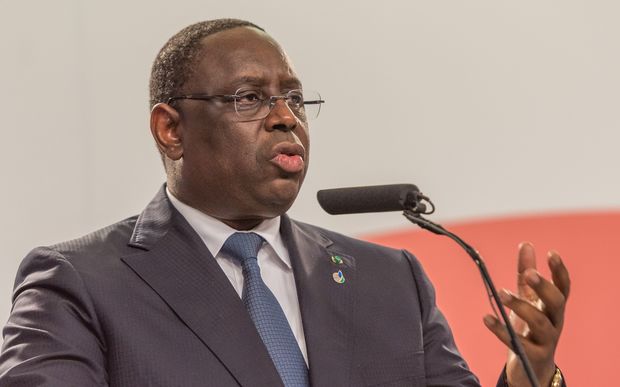 Senegal president Macky Sall speaks at the end of the Valletta summit on migration Photo: AFP

Senegalese president Macky Sall said the deal was far from perfect but the will remained to try to solve the problems.

Mr Sall accused multinational firms of tax avoidance and conniving at corrupt transfers of Africa's resources costing countries many times what they receive in aid.

The new money, which adds to some $33 billion annually donated to Africa by the EU and its 28 states, will finance projects ranging from training and small-business grants and combating food shortages to schemes directly aimed at cutting emigration and tackling radicalisation and other violence.

With Europeans' attention now gripped by over half a million Syrians and others whose arrival has plunged the EU into crisis, memories have faded of the drowned Africans whose deaths in April prompted the Malta summit. However, EU officials said that African migration presented the greater long-term concern.

German Chancellor Angela Merkel stressed the summit was only a start. "We have a great deal of work ahead of us," Ms Merkel said. 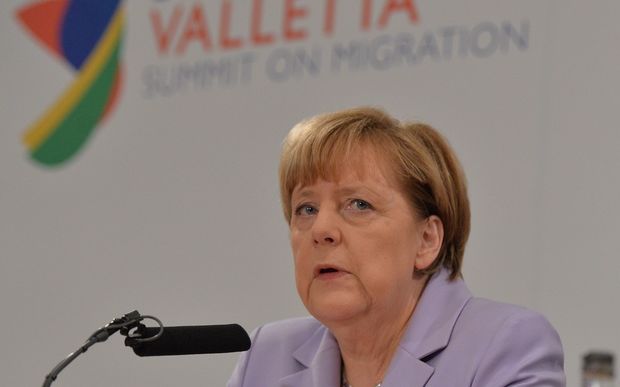 Among the biggest concerns in both Europe and Africa is the extent to which climate change, turning vast areas around the Sahara into desert, may set large sections of Africa's fast-growing billion-plus population on the move, both within the continent and north across the Mediterranean.

EU leaders earlier offered African countries aid and better access to Europe in return for help curbing chaotic migration and promises to take back more of those whom Europe expels.

A 17-page action plan set out dozens of initiatives. Many build on decades of stuttering cooperation between the world's poorest continent and wealthy-but-ageing Europe.

Some are newer, including a European pledge to reduce costs for sending money home from Europe to Africa - a nod to African governments' concerns that curbing migration could crimp remittances from expatriate citizens.

These are estimated to bring twice as much to Africa's economy as foreign aid donations, showing the limits of Europe's bargaining power in pressing African leaders to hold back emigrants.

EU officials also highlighted renewed offers to ease visas and other access for business travellers and students from countries that agree to take back citizens whom EU states want to expel as illegal aliens. African leaders and many experts question the feasibility of such "returns" programmes.

Following the meeting with the Africans, EU leaders were to meet among themselves on Friday, and hear an update on the commission's negotiations with Turkish President Tayyip Erdogan to find ways to discourage Syrian refugees from leaving Turkey for the EU.

Officials and diplomats said that EU leaders were likely to agree to a request from Erdogan for an EU-Turkey summit, if such a deal can be concluded, possibly in the coming weeks.

Last week, the European Commission said it expected some three million asylum seekers to arrive in the EU by 2017 and that, if they were integrated into the workforce, they would boost the EU's economic output and even improve public finances in the longer term.

The leaders discussed inviting Turkish President Tayyip Erdogan to a summit in Brussels this month to seal an accord to curb migration, EU officials said.

The executive European Commission, whose deputy chief Frans Timmermans is leading negotiations with Ankara on joint measures to cut the numbers of Syrian refugees and other migrants leaving Turkey, put forward next Sunday, November the 22nd, for a Brussels summit, officials said. However, leaders were still debating options.

Aware of Europe's weak bargaining position with Erdogan following his party's convincing election victory this month, some national governments are wary of rushing to satisfy a demand of the Turkish leader for higher-level contacts. Some have insisted in recent days that they would only agree to an EU-Turkey summit once an accord was fully negotiated.

EU officials said, however, that Ankara was keen to fix a summit before it would start implementing its commitments to step up border security - measures it is taking in return also for EU grants, worth a possible near-$5 billion, a deepening of its EU membership negotiations and easier EU visas for Turks.

The Commission proposed to the leaders meeting in Valletta that Ankara be offered the $4.956 billion "refugee grant facility" for the next two years to help Turkey accommodate the more than two million Syrians it is hosting.

Of that, almost $826,000 would come from the EU budget and the rest, under the Commission proposal, from the 28 member states according to their national incomes.