Chris Cairns has faced his most powerful attack yet in court, being accused by the prosecution of receiving large wads of cash from Dubai diamond magnates in exchange for match-fixing.

Cairns, 45, is on trial accused of lying in court about match fixing during his successful 2012 libel case.

The former cricketer has been accused by Black Cap captain Brendon McCullum and disgraced player Lou Vincent of asking them to fix for him. 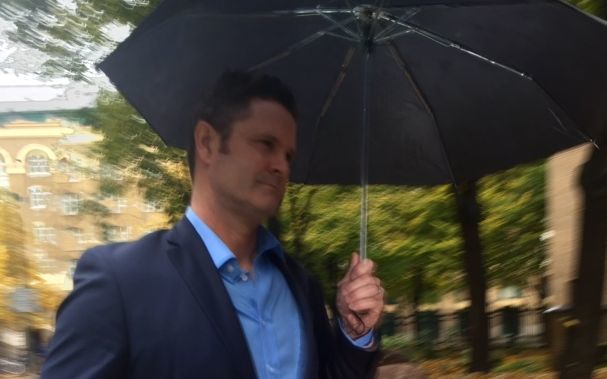 The court was told about Cairns' connection to the Dubai-based rough diamond business Vijay Dimon run by Indian father and son VJ and Vishal Shah.

Earlier, Cairns told the court he had met the Shahs in 2006 when they bought a coaching session with him through a charity auction. He said he maintained good contact with them because he was looking for opportunities outside cricket.

Ms Wass put it to Cairns that that money was reward for his part in fixing cricket matches and a holiday to Dubai with fellow cricketers Daryl Tuffey and Lou Vincent was a gift from his "paymasters".

Cairns denied both accusations and added: "I wasn't involved in match fixing."

He told the court he acted as an ambassador for the Shahs' company, doing public relations work and interacting with clients.

"I went to the office...clients were there meeting to purchase stones. The main attraction was the India connection. If I was present or I was there it was a good thing."

Cairns also said he had his "own ambitions" and had done a three-month polishing course in Thailand with intentions of getting more involved in the business.

Ms Wass asked Cairns if he had made any effort to ask the Shahs to provide a statement for his perjury trial explaining what they had been paying him for.

Cairns replied he had tried on numerous occasions to get people to come forward but said they were put off because he was "toxic."

"For some people I can understand...because of the media and what they've built."

After asking him three times if he had asked Mr Shah to come forward, Miss Wass put it to Cairns they would have found it difficult "because your business with them was to do with match fixing".

Miss Wass also asked Cairns to explain why nine people would give direct or indirect evidence of his involvement of match fixing if it was not true.

Three of those witnesses, Vincent, McCullum and Vincent's former wife, Eleanor Riley, told the court of first-hand experiences they had had with Cairns where he talked about match fixing.

Vincent and McCullum have said he asked them to fix for him while they were playing in India in 2008. Cairns has dismissed both their account but has accepted he "could well have" talked to McCullum about fixing in general terms.

"Do you know any reason why Lou would have such ill feeling for his hero," Miss Wass asked Cairns.

Cairns denied ever threatening Vincent with a bat, and rejected Ms Riley's evidence Vincent phoned her in tears saying he had lost Cairns a lot of money.

Miss Wass: "Can you think of any reason why Brendon McCullum would come to Southwark Crown Court and stitch you up?"

Cairns: "(He did) what was best for Brendon."

Cairns also said McCullum had made three statements which had all evolved over time.

Miss Wass: "How does it help Brendon McCullum to accuse you?"

Cairns' defence lawyer, Orlando Pownall, then stepped in to remind the jury he had told them his client wouldn't be "making speeches" or engaging in "theories".