Volkswagen cars with bigger diesel engines also contained devices designed to cheat in emissions tests, according to US regulators. 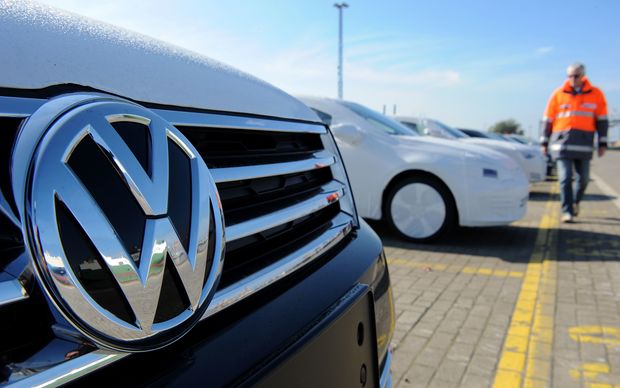 Porsche, Audi and VW cars are all included in this new investigation, which affects at least 10,000 vehicles.

The Environmental Protection Agency (EPA) said that cars with 3 litre engines from the years 2014 to 2016 were affected.

However VW has denied the vehicles have software designed to cheat tests.

Instead, the company said that cars with the 3 litre diesel V6 engines "had a software function which had not been adequately described in the application process".

Volkswagen said it was cooperating with the EPA to "clarify the matter".

The EPA said the investigation was ongoing.

"VW has once again failed its obligation to comply with the law that protects clean air for all Americans," said Cynthia Giles, assistant administrator at the EPA's enforcement unit.

The EPA has identified these diesel models as containing software aimed at cheating tests:

In early September, Volkswagen admitted to the EPA that cars from the model years 2009 to 2015 contained software designed to cheat emissions tests.

It said that 11 million cars were affected.

That prompted US regulators to run further tests designed to detect such devices and led to today's announcement from the EPA.

"These tests have raised serious concerns about the presence of defeat devices on additional VW, Audi and Porsche vehicles. Today we are requiring VW Group to address these issues. This is a very serious public health matter," Ms Giles said.

Regulators all over the world are now looking at Volkswagen's diesel cars and the company is also facing criminal investigations.

State and federal prosecutors in the US have announced criminal investigations and German prosecutors are looking into the scandal.

The company's chief executive Martin Winterkorn resigned in late September as the scale of the scandal emerged.

At the time he said he was "not aware of any wrongdoing on my part" but was acting in the interest of the company.

Last month, Volkswagen reported its first quarterly loss for at least 15 years after taking a big charge to cover the costs of the scandal.

VW said it had set aside €6.7bn to cover costs related to emissions cheating, which left it with a €2.52bn pre-tax loss for the third quarter of the year.

Many analysts expect that the firm will have to set aside more money to cover the recall of cars, penalties and lawsuits.