The Russian plane that crashed in Egypt was not struck from the outside and the pilot did not make a distress call before it disappeared from radar, a source in the committee analysing the flight recorders says. 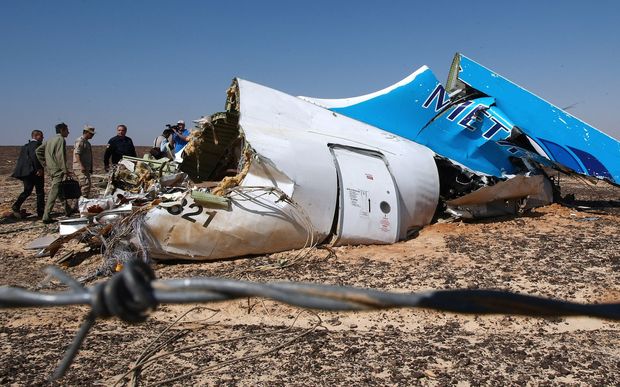 The Airbus A321 came down in the Sinai Peninsula on Saturday killing all 224 people on board.

The source declined to give more details but based his comments to Reuters on the preliminary examination of the black boxes recovered from the plane.

The airline, Kogalymavia, has said "external" factors, not human error or technical fault were to blame.

Alexander Smirnov, deputy general director of airline Kogalymavia, which operated the plane under the brand name Metrojet, said only a "technical or physical action" could have caused the aircraft to break up in the air.

"The plane was in excellent condition," he told a news conference in Moscow. "We rule out a technical fault and any mistake by the crew."

Russian officials have said the plane, carrying holidaymakers from the Red Sea resort of Sharm el-Sheikh to St Petersburg, was likely to have broken up in mid-air but said it was too early to say what caused it to crash.

The Egyptian government said the black boxes were being examined by Egyptian and Russian experts along with German and French specialists from Airbus and from Ireland where the aircraft was registered. It said the search was continuing across the 9 square kilometre crash site. Security sources said intelligence agencies had obtained a copy of the passenger list.

The first bodies recovered from the wreckage arrived on board a Russian government plane at St Petersburg's Pulkovo Airport, where grieving Russians left piles of flowers.

Russian President Vladimir Putin, who had declared Sunday a day of mourning, said on Monday the crash was a great tragedy.

When asked if a terrorist attack could be to blame, Mr Putin's spokesman Dmitry Peskov said no theory could yet be ruled out.

An Egyptian militant group affiliated with Islamic State said on Saturday it brought down the plane "in response to Russian air strikes that killed hundreds of Muslims on Syrian land". Russian Transport Minister Maxim Sokolov dismissed the claim, saying it "can't be considered accurate". 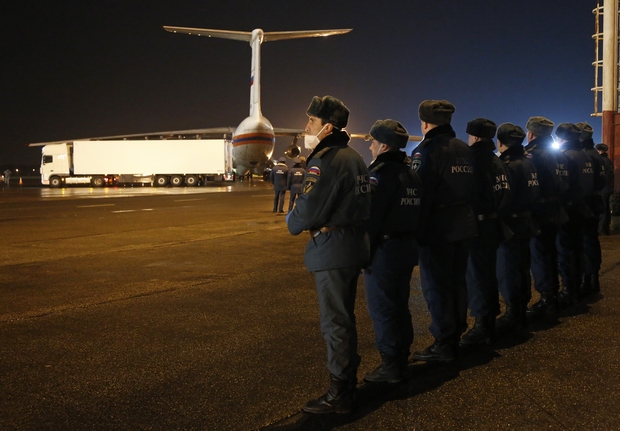 The bodies of some of the passengers have been returned home. Photo: AFP