An investigation is under way after a Russian airliner crashed in Sinai, killing all 224 people on board. 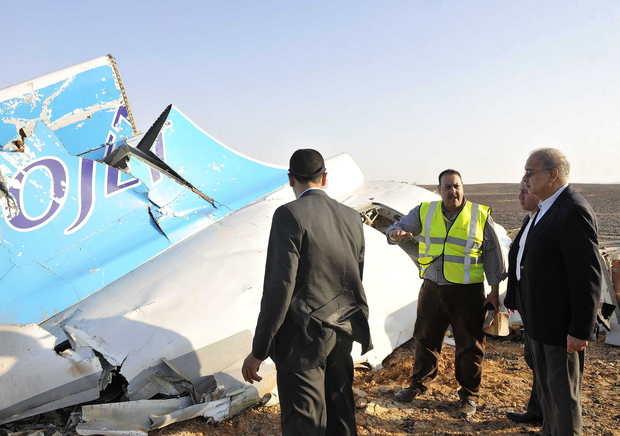 Egypt's prime minister said a technical fault was the most likely cause, dismissing claims from Islamic State (IS) militants that they were responsible.

However, three airlines - Emirates, Air France and Lufthansa - have decided not to fly over the Sinai Peninsula until more information is available.

The plane's black boxes have been found and sent for analysis, officials said.

The Kogalymavia Airbus A-321 came down early on Saturday, shortly after leaving the resort of Sharm el-Sheikh for the Russian city of St Petersburg.

Egypt's civil aviation minister Hossam Kamal said there had been no sign of any problems on board the flight, contradicting earlier reports that the pilot had asked to make an emergency landing.

An Egyptian official had previously said that before the plane lost contact with air traffic controllers, the pilot had said the aircraft was experiencing technical problems and he intended to try to land at the nearest airport. 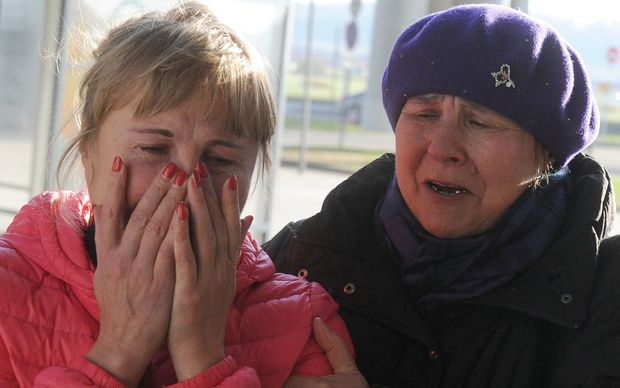 "He complained before the flight that the technical condition of the aircraft left much to be desired," she said.

Russian and French investigators have joined the Egyptian-led probe, along with experts from Airbus, which is headquartered in France.

A criminal case had been opened against Kogalymavia for "violation of rules of flight and preparation for them", Russia's Ria news agency reported.

Police have searched the company's offices.

Kogalymavia spokeswoman Oksana Golovin insisted the 18-year-old plane was "fully, 100 percent airworthy" and added that the pilot had 12,000 hours of flying experience.

In Sinai itself, where jihadist groups are active, militants allied to IS made a claim on social media that they brought down flight KGL9268.

But Egyptian Prime Minister Sharif Ismail dismissed the claim, saying experts had confirmed that a plane could not be downed at the altitude the Airbus 321 was flying at.

Russian Transport Minister Maksim Sokolov told Interfax news agency that "such reports cannot be considered true". No evidence had been seen that indicated the plane was targeted, he said.

Egypt's civilian aviation ministry said the plane had been at an altitude of 9450m when it disappeared.

Security experts say a plane flying at that altitude would be beyond the range of a shoulder-launched surface-to-air missile (Manpad), which Sinai militants are known to possess.

However, German carrier Lufthansa said it would avoid flying over the Sinai peninsula "as long as the cause for today's crash has not been clarified". On Saturday evening, Air France-KLM and Emirates said they were following suit.

British Airways and easyJet said their routes were regularly reviewed, but that they had no plans to alter their routes to and from Sharm el-Sheikh.

Russian President Vladimir Putin has declared Sunday a day of mourning for what is the worst air disaster in Russian history.

The plane was carrying 217 passengers, including 25 children, Russian transport authorities said. There were seven crew members on board. 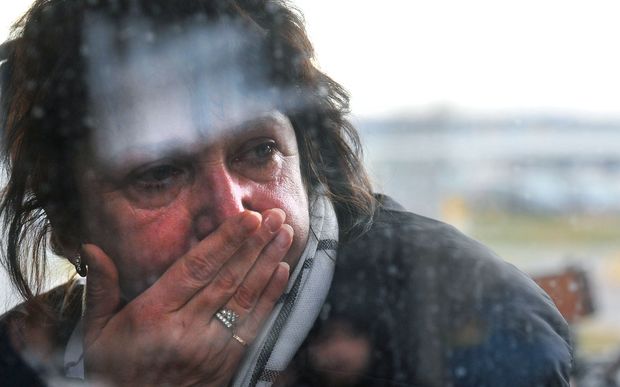 Egyptian officials had said 213 of the passengers were Russian and four were Ukrainian, but Russian officials said at least one of the victims was from Belarus.

The office of Egypt's prime minister said 129 bodies had so far been recovered and taken to Cairo. 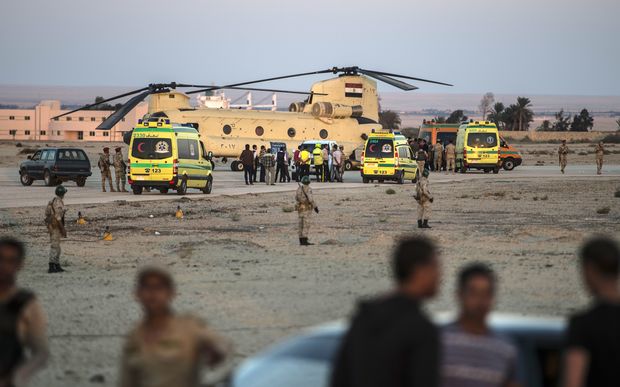 Ambulances transferring bodies from the crash to a military aircraft at base near the Suez Canal. Photo: AFP

The first bodies to be returned to Russia are expected to be flown to St Petersburg on Sunday.

One unnamed official described a "tragic scene" with bodies of victims still strapped to seats.

The plane appeared to have split in two, he told Reuters, with one part burning up and the other crashing into a rock.

Timeline: the course of flight KGL9268

06:17 Egyptian time, approx (04:17 GMT): Plane comes down over the Sinai peninsula, according to Airbus

Mikael Robertsson, from the live flight tracking service Flight Radar 24, told the BBC that the plane had started to drop very quickly, losing 1,500 metres in one minute before coverage was lost.