At least 27 people have been killed after a fire broke out at a nightclub in the Romanian capital Bucharest, government officials say. 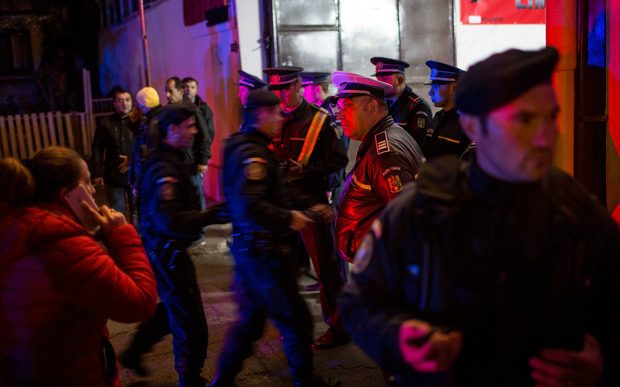 Emergency service and police forces gather near a club in Bucharest. Photo: AFP

Reports suggested the cause of the blaze may have been fireworks that were let off inside the club.

Witnesses said a spark on a stage where a band was performing ignited some of the polystyrene decor. A pillar and the club's ceiling caught fire and there was an explosion and heavy smoke, they added.

"People were fainting, they were fainting from the smoke. It was total chaos, people were trampling on each other," Victor Ionescu, who was at the club, told local TV station Antena 3.

Zoran Bogdan was also at the club and said people first thought it was all part of the show.

Up to 400 people may have been inside the club, which was hosting a free rock concert. 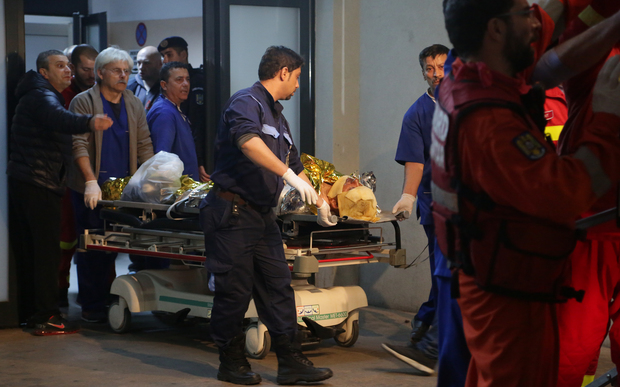 A victim of the fire at a club is transported to an emergency hospital in Bucharest Photo: AFP

Local journalist Sorin Bogdan said the club was in a converted former factory with two small exit doors, only one of which was possible to open initially.

A witness quoted by Romania's state news agency said terrified concertgoers had to break the second door down to escape.

"We have a large number of patients who are intubated and ventilated because they suffered with intoxications with smoke and severe burns as well as facial and airways burns."

Investigators will be asking why there were only two working exits in the old, converted building, he said.

Romania's President Klaus Iohannis wrote on his Facebook page that he was "deeply grieved by the tragic events that happened this evening in downtown."

He added: "It is a very sad day for all of us, for our nation and for me personally."