Former New Zealand cricket captain Daniel Vettori has been accused of lying about when Brendon McCullum first told him Chris Cairns had propositioned him to cheat.

Cairns is on trial at Southwark Crown Court, London accused of lying under oath about match fixing during his successful defamation hearing in 2012. 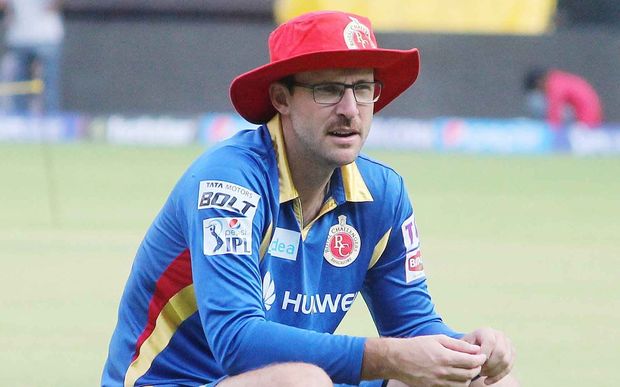 He has been accused by McCullum of propositioning him to spread bet twice in 2008.

Vettori told the court that McCullum disclosed to him and retired bowler Kyle Mills on a New Zealand tour of Bangladesh that Cairns had approached him to fix.

He said McCullum told him that Cairns said "all the big boys were doing it." Vettori said they were "stunned" by McCullum's remarks.

Vettori first told the court that it was on the 2010 tour when McCullum told him of Cairns' approach, and he recorded this date in his ICC witness statement.

However, under cross-examination he said he had always been unsure of the date and upon reading media reports about this trial, he now realised it was on the 2008 tour when McCullum made the disclosure.

Defence lawyer Orlando Pownall QC put it to Vettori that he gave officials the 2010 date because he feared being sanctioned for delaying reporting.

"The date that you originally gave was important to you...were you a little bit concerned you might be in deep water?"

Vettori told the court he made a genuine mistake about the date and also did not realise he was obliged to report third-party approaches until an anti-corruption training day in 2011.

More on the Chris Cairns trial

Mr Pownall put it to Vettori that the reason why he did nothing about the conversation with McCullum for so long was because he thought it was inconsequential.

Vettori denied the suggestion, saying the information was "incredibly important." Vettori told the jury; "I was upset about the information and upset for Brendon that he had been put in that situation."

Vettori told the court that the anti-corruption training day and hearing about the risk of suspension was the spur for him and McCullum to come forward.

Vettori also disclosed a separate incident where he had given Cairns money to buy him a diamond.

Vettori told the court that he got $US15,000 for taking part in a promotional tour for toothpaste with Cairns in India in 2006.

He said he gave Cairns that money to get a diamond for an engagement ring because he was working for a diamond company in Dubai at the time.

The former spin bowler told the jury the gemstone never arrived and he had to wait two years to get the money back, which was returned to him as 9,000 pounds in 20 pound notes.

Vettori described the incident as "fairly innocuous" but told the court he thought it was prudent to report it.

Ravinder Sawani, the chief investigator with the ICC's anti-corruption unit from 2007 to 2012 also gave evidence today.

He told the court that when McCullum made his allegations against Cairns in 2011, the ICC could not investigate because Cairns was not a current registered player.

However, he told the court he was aware of rumours circulating and when asked by the defence whether there was anything beyond rumour he answered "yes."

He told the jury that in 2009 he started collecting intelligence on Cairns, however matters were not taken further.

"I was in charge therefore I'm aware nothing was done. We had no jurisdiction, " Mr Sawani told the court.