New Zealand cricket captain Brendon McCullum has told the jury in Chris Cairns' perjury trial he was shocked when his teen idol first approached him about match fixing and thought he was joking.

The trial is taking place at Southwark Crown Court in London.

McCullum said Cairns, who is on trial accused of lying under oath about match fixing during another court case, propositioned him twice in 2008, offering him up to $US180,000 a game. 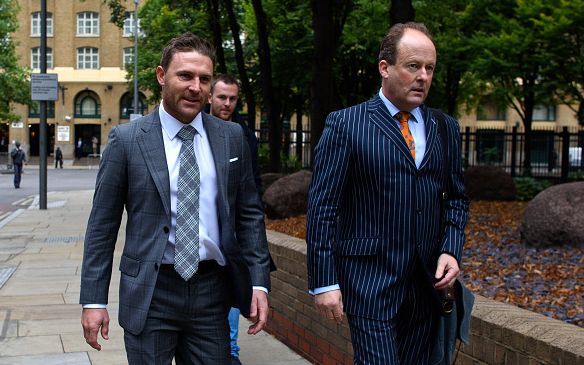 He told the court the pair met in Cairns' Kolkata hotel room, where Cairns pulled out a piece of paper and explained spot fixing, which McCullum said he did not understand at the time.

McCullum said he quickly became aware Cairns was not joking about rigging games when he said everyone else was doing it, and that McCullum was the sort of player and personality who could take it on.

The court heard that Cairns told McCullum he could not ask fellow cricketers Daniel Vettori and Jacob Oram to fix because, "they didn't have the balls."

McCullum said Cairns told him he had a team working for him, which included Lou Vincent and Daryl Tuffey.

The court heard McCullum asked Cairns how he got the fixing money back to New Zealand, and Cairns said he had a person in Dubai who could help him buy, then sell property, and take the proceeds home.

He told the jury he wished he had told Cairns 'no' straight away, but could not comprehend the risky position he had put him in.

McCullum said about a week after the meeting in the hotel, Cairns called him and asked him if he had changed his mind to which McCullum answered 'no.'

The court heard Cairns then propositioned McCullum a second time in Worcester, England, where McCullum was playing a game in June 2008.

McCullum told the court Cairns asked to get breakfast with him.

When asked by prosecutor Sasha Wass QC how he felt about having breakfast with Cairns, McCullum replied: "Its sounds strange, but I was OK with it, I still trusted Chris Cairns….he was never aggressive ....I felt I could say no and it would be fine."

The court heard Cairns once again asked McCullum if he had changed his mind and McCullum's answer again was 'no.'

Under international cricket rules, players must report approaches to match fix to officials. McCullum told the court he told Daniel Vettori, Shane Bond and his agent Leanne McGoldrick, however it was not until February 2011 that he made an official complaint to the ICC's anti-corruption unit.

When prosecutor Sasha Wass asked why it took him nearly three years to make an official report, McCullum replied: "I didn't want it to be true...I didn't want to rat on him. I thought if I kept it to myself no one would know about it anymore and it wouldn't do any damage."

McCullum said the trigger for making an official report was an anti-corruption training day given by the ACSU's John Rhodes.

The court heard that during that training Mr Rhodes told players those who did not report dishonest approaches were also liable. McCullum said he looked at Vettori, who he had told, and thought "I need to report this." 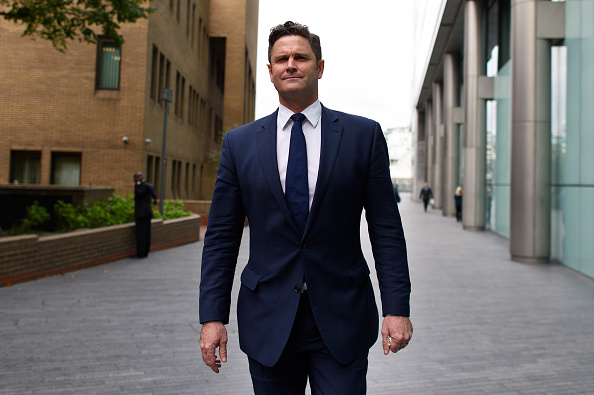 Under cross-examination defence lawyer Orlando Pownall QC suggested McCullum was never certain Cairns made an approach and questioned his motivations for naming him.

Mr Pownall told McCullum he was a popular figure in international cricket, who was keen to keep "brand McCullum" intact.

Mr Pownall told the court of McCullum's business interests; shares in cricHQ, which the court heard Stephen Fleming and Kyle Mills are also involved in, as well as a horse stud, and a meat and wine export business.

He suggested McCullum invented his account to protect his brand. "You and your colleagues wouldn't want anything to stand in the way of the success of your business empire," Mr Pownall put to McCullum.

Mr Pownall told McCullum he was well aware he had to report corrupt propositions but that he did not because he was unsure of what had happened and was uncertain of the consequences for his interests.

McCullum responded that he was "scared to come forward and tell someone I'd idolised had asked me to match fix."

Under re-examination by prosecutor Ms Wass, McCullum said he was certain of what had happened and never told lies to help "brand McCullum." He said "brand McCullum" was not an expression he used and that it was neither easy to make statements against Cairns nor did it help him personally or professionally.

He told the court he remembered watching a game on television in India which he thought at the time was peculiar. The game was Chandigarh, Cairns' team, versus Mumbai. Bond told the court that even though Chandigarh was chasing a low score they were doing poorly until one player came in and hit about 40 runs off 15-20 balls.

He told the jury that as the batter scored quickly the camera cut to Cairns, who he said did not look happy. Bond said he remembered commenting to others that things "didn't look quite right."

He told the court he had told McCullum about what he had seen in the ICL and at that point McCullum told him he'd been approached by Cairns in England.

Under cross-examination, the defence suggested that Bond had mis-remembered that match and played a clip of the winning moment when Cairns looked happy.

Bond told the court that the part he described of Cairns looking glum was not in the footage he was shown and that it was further back.

He told the jury he'd been with other players at the time, and "we all questioned it when we watched."