Aliens should exist, given the number of planets in the universe with the potential for supporting life - but the absence so far of any confirmed extraterrestrial contact has puzzled scientists for a long time.

An Oxford professor of astrophysics explains what's going on. 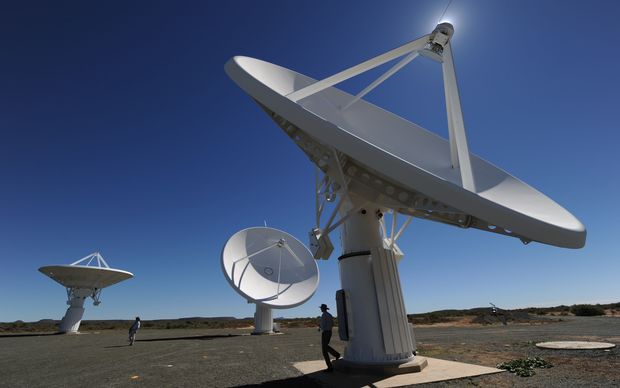 Astronomers estimate there are at least 17 billion Earth-like planets in the Milky Way galaxy - which itself is made up of 100 billion stars. And many of these rocky planets exist in the "Goldilocks" zone, that is, they are not too hot and not too cold to have liquid water.

The discovery of water on Mars has lent weight to the idea that alien life does exist on other planets. Scientists, like Oxford University astrophysics Professor Chris Lintott, believe bacteria is now likely to be found on the Red Planet, which Professor Lintott told Nine To Noon once had much, much more H20 on it.

"The old days of aliens wandering around Mars have been put to rest, but that's why it's interesting.

"We know it had lots of water in the past, it had oceans and lakes which have evaporated over the eons and over billions of years... So if life got started on Mars and in particular if life clung on on Mars as well, then that suggests it's likely that it's got a foothold everywhere in the universe." 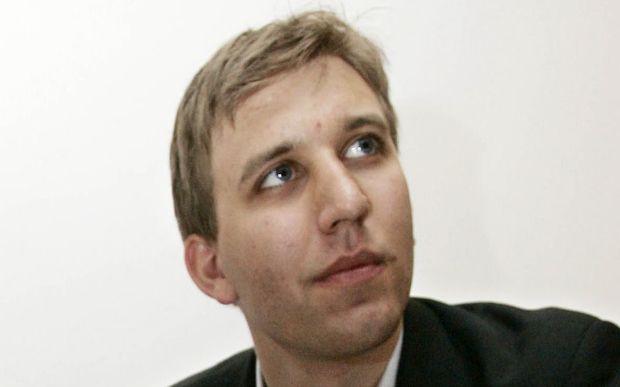 Professor Lintott thinks water on Mars means that bacteria will be found at some point too, though it may take a while before humans prove its existence. The Martian water was a gradual discovery too, he points out.

"We'd seen these channels that appeared every Spring on the walls of steep craters around the Martian equator, and these channels - once you see this happening, you think, 'well, something must be running down that'. But it could have been sand or... something else," Professor Lintott, who presents The Sky at Night for the BBC, said.

"This recent result confirms that what's happening is that salty water - much saltier than the ocean - is melting from ice just underneath the surface and running down these slopes. So that's liquid water on Mars today. That's exciting because we think that we do need liquid water for life. And so the idea that's there's still places on Mars where liquid water exists... gets you excited about the possibility that there might be a home for life on Mars right now. Whether there is is a much harder question."

The recent discovery of thousands of extrasolar planets around nearby stars tell us there are plenty of habitats out there. So where are all the aliens?

"We've always been disturbed, as astronomers, by the lack of aliens," said Professor Lintott. "There are plenty of homes out there, which makes this lack of aliens actually rather disturbing, I think, because the explanations that you come up with for why we're not visited by intergalactic neighbours are disturbing."

"It's not a cheerful thought... Another option is that we don't understand how life got started, so maybe THAT is rare, maybe it's the fact that you can have all the conditions, you can have a nice rocky planet with the right temperature and liquid water and oceans and all the minerals that you need, but maybe life itself is staggeringly unlikely or maybe once life gets started, intelligence is rare."

"So one gets stuck in these loops but the point is, it's not the astronomers' fault. We found you your planets, we need another explanation for the absence of aliens." 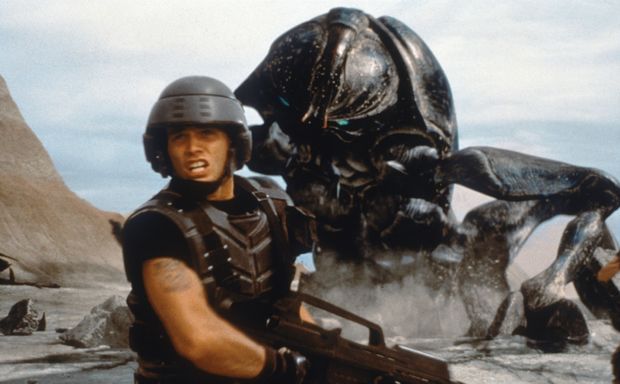 A scene from the 1997 film Starship Troopers, where Earth is at war with a race of giant alien insects Photo: AFP

Professor Lintott employs the analogy that human life is like winning a lottery - without knowing whether anyone else also bought a ticket.

"We don't know how lucky we are. We don't quite know how special this prize that we've got (is)."

But Professor Lintott points out that how quickly life appeared on Earth perhaps means life is likely - but intelligence was slower to develop, so is possibly rarer.

"Life appeared on Earth very early. Within the first billion years of the Earth's existence, we had life, so that perhaps is something that we should expect to happen all over the universe. Intelligence took a lot longer, and so maybe that's the rare thing. So I think you could look at our history and use that to try and guess what's happening elsewhere."

Professor Lintott said that scientists are close to being able to identify life on other planets.

"The next stage after we've discovered these planets is to study their atmospheres. If we did that and we saw a rocky planet in the "Goldilocks" zone that had oxygen in its atmosphere, perhaps we could conclude that there are bacteria or plants there churning out that oxygen. That would be very exciting, and we have the technology to do that being built right now."

That technology includes large optical telescopes such as the Square Kilometre Array Project (SKA Project), which New Zealand is a key contributing member to. 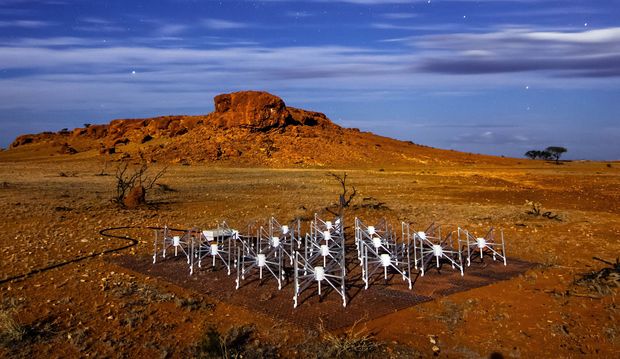 Part of the SKA project, the Murchison Widefield Array, in the Australian Outback Photo: AFP

SKA will use a forest of antennae, spread across remote terrain, to pick up radio signals from cosmic phenomena that cannot be detected by optical telescopes.

All the data that these big international astronomy projects produce is so vast that it's shared online to anyone who wants to help process it, and Professor Lintott said there are over a million people worldwide helping out.