China has promised billions of dollars in assistance to the world's poorest countries as it moves to increase its profile in global affairs. 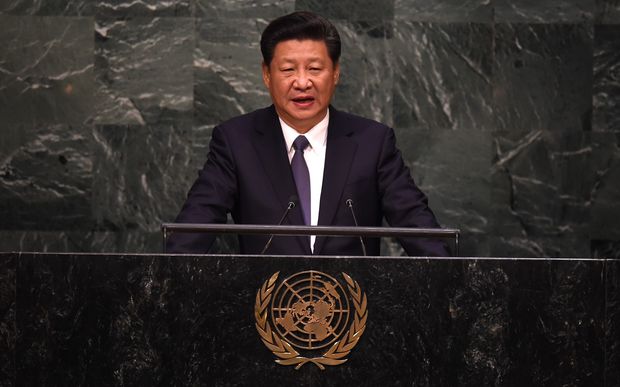 At this weekend's United Nations summit on sustainable development goals, China's President Xi Jinping said his country would give $US2 billion to a new development fund and increase its investment to $US12 billion over the next 15 years.

It was the Chinese president's first address to the UN General Assembly in New York.

Vowing a greater role for China in fighting global poverty, he said Beijing would write off intergovernmental interest-free loans it was owed - including those due to be repaid this year by the least-developed, small island nations.

This typically meant that infrastructure building projects such as roads and hospitals were carried out by Chinese contractors.

Mr Xi's announcement to the UN follows long-standing criticism from the United States and other developed countries that China has not taken responsibilities in line with its aspirations for a greater global role.

Mr Xi said China would act "by putting justice before interests and joining other countries in a concerted effort to realise the post-2015 agenda".

The United Nations on Friday set a goal of ending extreme poverty by 2030, an effort that the global body says could require up to $5 trillion a year.

Mr Xi said that China would launch a "South-South" assistance fund for developing countries and his country would also step up investment in the least developed countries by at least $12 billion by 2030.

China has been an increasingly active investor around the world, although it has generally focused on seeking resources rather than broader humanitarian goals.

China has set up its own lender, the Asian Infrastructure Investment Bank, which Mr Xi reaffirmed would open soon. It has widely been seen as a way for China to dilute the influence of the United States and Japan.