Russian cosmonaut Gennady Padalka has returned to Earth at the end of a mission during which he became the man who has spent more time in space than anyone else. 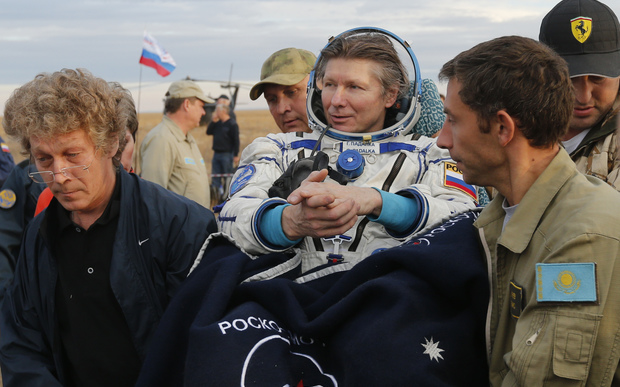 Expedition 44 crew member Gennady Padalka (centre) is carried to the medical tent after landing in a remote part of Kazakhstan on 12 September. Photo: AFP

The 57-year-old has spent 879 days in space over five missions.

NASA television carried a commentary as the Russian Soyuz landing capsule parachuted to its landing in a remote part of Kazakhstan.

He travelled back from the International Space Station alongside two rookies, Kazakh cosmonaut Aidyn Aimbetov and Danish astronaut Andreas Mogensen - both of whom spent less than 10 days in orbit.

The previous holder of the record for most time spent in space was held by six-time flier Sergei Krikalev, with a career total of 803 days.

Mr Volkov remains aboard the station, along with five crewmates, including newly named commander Scott Kelly, with NASA, and Russian cosmonaut Mikhail Kornienko.

Mr Kelly and Mr Kornienko this week passed the halfway point of a planned year-long stay in space, the longest tour of duty in the station's 15-year history.

NASA and Russia are using the year-long mission to get better insight into how microgravity affects human physical and mental health, and what countermeasures may mitigate any harmful effects.

In a decade, NASA intends to begin flying astronauts farther beyond the space station, a $100 billion research laboratory that orbits about 400 kilometres above Earth.

The long-term goal of the US space programme is a human expedition to Mars in the 2030s. 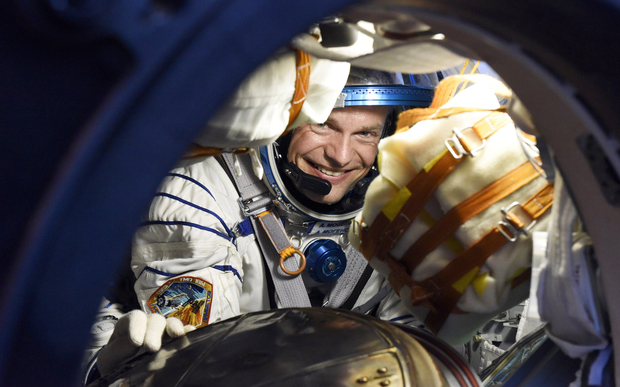 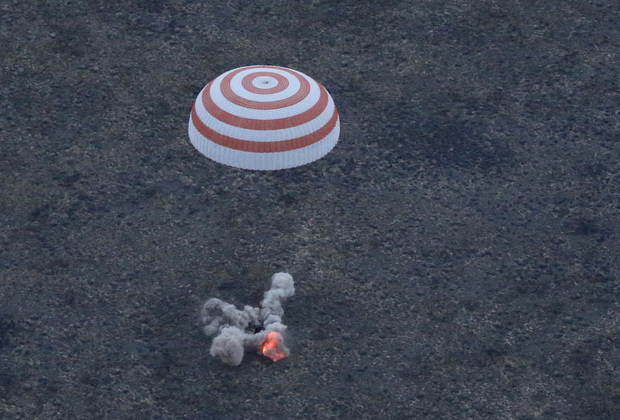 The three-person crew lands safely in the steppes of Kazakhstan. Photo: AFP