A 20-year-old single by Crowded House, called 'Help Is Coming', has become a fundraiser for the Save the Children charity helping Syrian refugees.

The band's founding member, Neil Finn, said it was an honour to be part of a growing chorus of voices to create action and "make it real".

The single is available as a 7" vinyl and download

It was put together by journalists Caitlin Moran and Pete Paphides, with money going to Save the Children.

"I started imagining my family in a similar situation, and almost without me realising it, a song I hadn't heard for several years started playing in my head," Mr Paphides said.

"'Help Is Coming' was recorded by Crowded House over 20 years ago, but it evokes with uncanny empathy the howling uncertainty faced by thousands of families arriving in Europe for the first time." 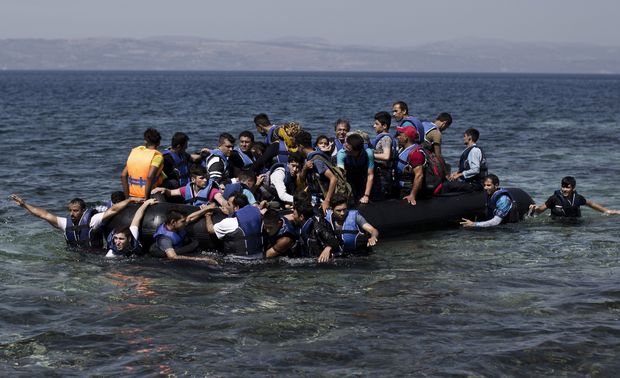 Syrian refugees arrive on the shores of the Greek island of Lesbos after crossing the Aegean Sea from Turkey on a inflatable dinghy. Photo: AFP

Ms Moran, who is married to Mr Paphides, added: "The day after the pictures of three-year-old Alan Kurdi went around the world - it was like a switch had been flicked.

"My social media timelines were full of people who just could not stay inactive any more... People doing that brilliant, simple, ageless human thing of wanting to help other people.

"So, Pete and I were just doing what everyone else was doing, really. He'd found the perfect song... and I just went on Facebook and told everyone what we were doing.

"And everyone was desperate to help - everyone felt the same way".

The hard-hitting short film that accompanies the song was made by Mat Whitecross, who used interviews with children fleeing from Syria along with footage of boats making it to dry land.

Benedict Cumberbatch introduces the film, reciting lines from the poem 'Home' by Warsan Shire, a Kenyan-born poet who came to the UK as a baby.

"As people watching this tragedy unfold from the safely of our homes, with our safe children, we want to say that we see you, we hear you and help is coming," the actor said. 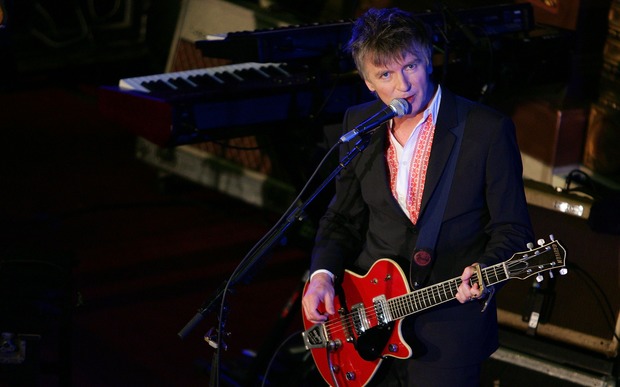 Crowded House's Neil Finn said: "It was always a song about refugees even if, at the time, I was thinking about the immigrants setting off on ships from Europe to America, looking for a better life for their families in America.

"I am grateful to Pete and Caitlin for imagining my song might resonate - and to Mat Whitecross for creating such a powerful film to accompany it. It's an honour to be a part of a growing chorus of voices to create action and make it real... Help is coming."

Save the Children New Zealand chief executive Heather Hayden said it was an enormously powerful song.

"When you look at it in the context of the video that it's going with, you know, a whole people on the move, and the support that they're getting in Europe and even in New Zealand, it's very powerful."

Music critic Simon Sweetman said the New Zealand musician was well known for his interest in charities and predicted the song would have an immense impact.

"There's quite a cult-like dedication with the fan base there so I think anything he does will point people towards something.

"Anything he does in terms of releasing something that's going to generate some cash and awareness for a cause, he's actually got the fan base that will follow him," Mr Sweetman said.

Save the Children said it planned to also use the Crowded House single in New Zealand to raise money for Syrian refugees.

The single is available now on iTunes and will be available on 7" from The Vinyl Factory from 29 September.