The Minister of Immigration has announced that New Zealand will take 750 Syrian refugees over the next two and a half years. 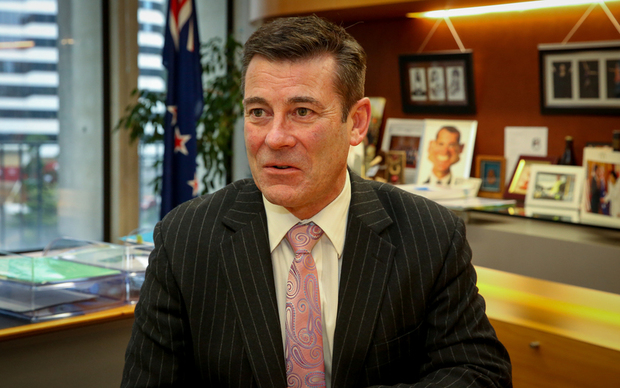 Michael Woodhouse made the announcement this afternoon, saying that 600 places would be part of a "special emergency intake" above New Zealand's annual refugee quota of 750, and 150 places would be offered within the quota.

The Government's turnaround comes after growing political and public pressure for the Government to do more to help with the growing refugee crisis in Europe.

Mr Woodhouse said the cost of the additional places was estimated at $48.8 million over two and a half years.

That was on top of the $58 million the Government already spent annually on resettling refugees, he said.

He said the Government's commitment would be in addition to any decision that came out of the three year review in 2016.

"Today's decision is an appropriate response. Official advice is an immediate intake of any more than the extra 100 announced today for this year could put unreasonable strains on services, affecting the quality of resettlement outcomes for all refugees in New Zealand," he said.

'I think we are responding in a proportionate way'

At post-cabinet, the Prime Minister said the Government was able to back its offer of taking in more refugees after taking appropriate advice from officials.

"The advice I've had from officials is that they can cope with what I've proposed today but it's stretching the system," he said.

He said churches could also take a role to help refugees settle here.

The bulk of refugees would probably go into Housing New Zealand homes, mainly in Wellington as there was quite a big Syrian community, he said.

When questioned why he had changed his stance on an emergency intake, he said there had been more graphic images of refugees pouring into Europe and that had had an impact.

"Most people's hearts melt when they see those type of pictures," he said.

He said New Zealand was "generous" when it came to refugees, and it was only the second time in recent history where New Zealand had allowed an emergency intake.

The Government was already doing a lot of different things to help with the refugee crisis but he accepted the situation was now "more pronounced".

In response to the Green Party's plans to seek leave to try and table its bill to increase New Zealand's quota, Mr Key said: "It's very easy for opposition parties to just get up and say 'double the quota'...I think we are responding in a proportionate way."

More money for refugees in Turkey, Lebanon and Jordan

Meanwhile the Government has also announced a further $4.5 million to help refugees displaced by fighting in Syria.

"One of the most effective ways we can help address this humanitarian crisis is by ensuring there are facilities to cater for refugees in countries neighbouring Syria and that these refugee communities are afforded adequate protection," he said.

"Many Syrian refugees wish to return home once it is safe, so finding a political solution to the civil war in Syria needs to be the international community's top priority."

Mr McCully said New Zealand was also using its position on the United Nations Security Council to call for action.