Apple has unveiled a larger iPad tablet, a TV box with its own app store and new iPhones that can detect how firmly their screens are being pressed. 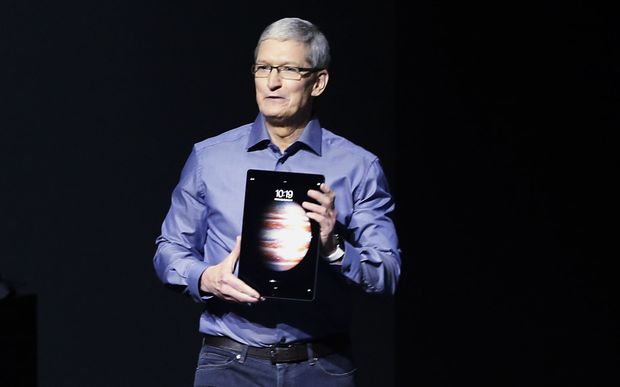 Revealing its new products at a launch at the Bill Graham Civic Auditorium in San Francisco, the firm suggested the larger iPad Pro was suited to work tasks, video games and both editing and watching movies.

Sales of the company's earlier iPads had been on the decline.

Apple said the "3D touch" feature of its new phones "transformed" the experience of using them by making it easier to use and switch between apps.

Huawei demonstrated its own version of the feature - which it called "force touch" - at its own launch event last week.

The iPad Pro has a 32.8cm display, making its shortest edge the length of its earlier models' height.

Apple sold 19 percent fewer units over its last three quarters than over the same nine months a year earlier.

One expert suggested that the move could reinvigorate tablet sales.

"As much as the iPad is experiencing some challenging times it's vastly more successful than any other tablet on the market and it's still a multi-billion dollar business," said Geoff Blaber from the CCS Insight consultancy.

"Moreover, what's happened is there's been cannibalisation from larger screened iPhones. So, a larger-screened iPad should definitely breathe some life into the category."

Apple said the new device offered the similar processing power to 80 percent of portable PCs sold over the past six months.

It also aims to extend its appeal with a magnetically-connected keyboard, which resembles a similar accessory for Microsoft's Surface tablet.

Apple has also announced a stylus called the Apple Pencil, which has sensors in its tip to help it mimic the effect of using a real pencil on paper.

The announcement is notable since the firm's ex-chief executive Steve Jobs had said: "If you see a stylus, they blew it", when he announced the original iPad.

'The future of TV is apps'

The device is controlled by a remote control that features a touch-sensitive panel and a microphone that allows the device to be voice-operated.

It uses the firm's Siri virtual assistant to let users request shows or movies based on a desired theme or favourite actor. In addition, it can play video games.

"The future of TV is apps," declared Mr Cook. The firm had previously described its TV boxes as a "hobby".

Apple was one of the first tech companies to offer an internet-connected TV box, but Amazon, Roku and several smart TV-makers beat it to offering an app-focused experience.

Mr Cook acknowledged it had taken his company several years to introduce a TV app store.

"I don't think they have missed an opportunity by waiting until now," commented Ian Maude from Enders Analysis.

"There's a lot of people out there who want to watch content that is only available online from the TV, and if Apple can can show its device does things better than the alternatives you would expect them to start winning market share pretty quickly."

Much of the Apple TV presentation was dedicated to the video games it can play. The remote is motion sensitive, and works in a similar fashion to Nintendo's Wii controllers.

The US firm has already had huge success with video game sales on its iPhones. But one industry watcher questioned how disruptive the new box would be in the living room.

"There are already plenty of examples of set-top boxes and micro-consoles that play games, but none of those has had a dramatic impact on the market," commented Piers Harding-Rolls from IHS Technology.

"That's not to say that Apple entering the market won't be significant.

"But when you think of what the high-end consoles can do - allowing things like Sony's forthcoming Morpheus VR headset - what they offer can't be replicated in terms of power."

The TV box will cost either $US149 or $US199 depending on how much storage the user wants. 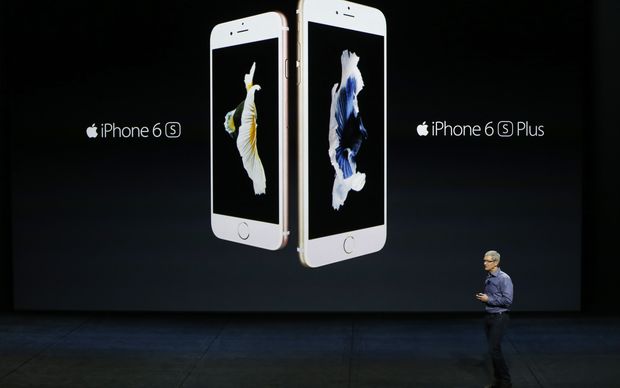 The idea behind the new iPhone's 3D Touch feature was that users can call up different functions by pressing the handsets' screens with differing levels of firmness.

Examples of how it functions include pressing the screen to preview an email or photo, swap weapons in a video game and quickly switch into selfie photo mode.

The handsets also gain the ability to shoot 4K videos - which means four times the amount of pixels of 1080p high definition.

In addition, the back camera has been upgraded to offer 12 megapixels rather than eight - Apple said it had ensured the extra resolution had not come at the cost of more noise

One expert remarked that the upgrades were not as big as had been seen in some years, but were likely still enough to continue year-on-year sales gains.

"In developed markets Apple still has a huge potential to sell to existing iPhone users who were not able to upgrade when the iPhone 6 launched because they were tied to contracts and then decided to wait until now," commented Francisco Jeronimo from the research firm IDC.

"But in markets like China it's about attracting new users.

"Those who were not attracted by the iPhone before will probably continue not to be interested.

"For the others, the new features themselves will not make a significant difference - it's more important for Apple to grow awareness of its products."

Apple also announced an upgrade to its smartwatch operating system that will be released on 16 September.

Watch OS2 will allow third-party apps to run natively on the device rather than relying on a linked smartphone's processor.

In addition to loading faster, the apps will also gain the ability to play video and access the Watch's microphone and sensors.

GoPro is taking advantage of this to allow users to see live streams from its action cameras from Apple's wearable.

Facebook also revealed it is bringing its Messenger app to the platform.