Chinese authorities have punished 197 people for spreading rumours online about stock market falls and the recent fatal explosions in Tianjin, according to state news agency Xinhua. 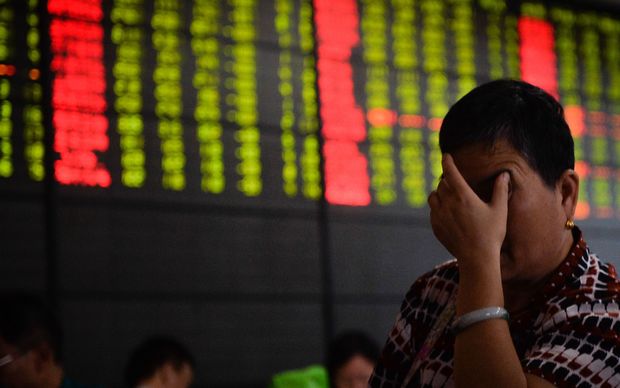 A journalist and stock market officials are among those arrested, Xinhua said. It gave no other details.

Chinese shares fell by nearly 8 percent after a week of volatile trading that spread fear to global markets.

The Tianjin explosions killed 150 people - with 23 still missing. A total of 367 people remain in hospital after the 12 August blast at a warehouse where large amounts of toxic chemicals were stored. Twenty are in critical condition, according to Xinhua. 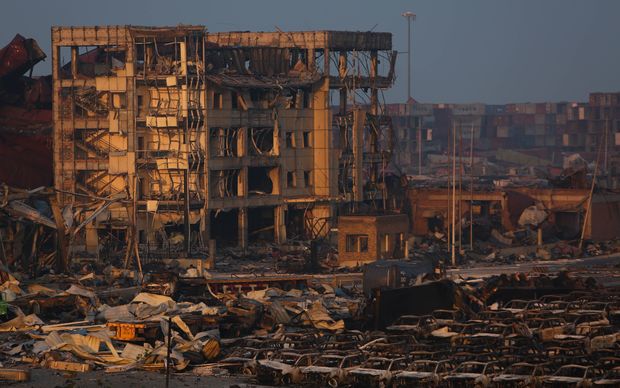 Explosions at a Tianjin warehouse rippled out several kilometres from the port into residential areas. Photo: Zhang Cheng / XINHUA

The rumours described by the latest statement include reports that a man had jumped to his death in Beijing due to the stock market slump and that as many as 1300 people were killed in Tianjin blasts, Xinhua said.

The news agency said "seditious rumours about China's upcoming commemorations of the 70th anniversary of the end of World War II" were also among the offences.

A journalist was also arrested along with several stock market officials, according to a Xinhua report. The journalist, Wang Xiaolu, is accused of "spreading fake information" about the market slump, the report said.

The state news agency said Mr Wang confessed that he "wrote fake report on Chinese stock market based on hearsay and his own subjective guesses without conducting due verifications".

In 2013 Chinese authorities introduced a possible three-year sentence for spreading rumours. The sentence was supposed to apply to anyone who posted a rumour that was reposted 500 times or viewed 5000 times.

Last year, Qin Zhihui, a blogger, was sentenced to three years in a government crackdown on internet rumours. Mr Qin was found guilty of "slander" and "picking quarrels and provoking troubles", state broadcaster CCTV said at the time.