Authorities in Poland are refusing to reveal the exact location of what may be a long-rumoured Nazi train filled with gold and jewels.

They say the train could be booby-trapped. 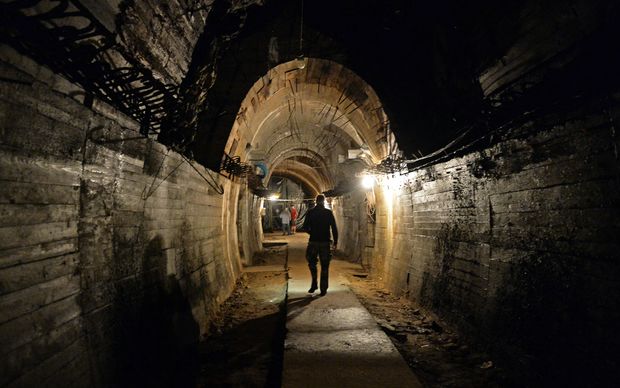 An underground gallery under the Ksiaz castle where the "Nazi gold train" is supposedly hidden Photo: AFP

Poland's deputy culture minister Piotr Zuchowski said he had seen a ground-penetrating radar image of a train with platforms and gun positions, and added that he was 99 percent sure it existed, but the nature of its contents was unverifiable as yet.

Local media have for days been abuzz with old lore of trains full of gold and jewels stolen by the Nazis after two men - a German and a Pole - claimed to have found an armoured train car in the southwestern city of Walbrzych.

Mr Zuchowski, who is also the national heritage conservation officer, said the two men who discovered the train had the right to claim a finder's fee of 10 percent of the value of its contents.

He said the fact the train was armoured suggested there could be valuable objects inside, including artwork, archival documents or treasures.

The World Jewish Congress said if the mystery contents were stolen from Jews before they were murdered or sent to forced labour camps, every measure should be taken to return them to their owners or their heirs.

Rumours of two special Nazi trains that disappeared in the spring of 1945 have been circulating for years, capturing the imagination of countless treasure hunters.