Two people in Poland say they may have found a Nazi train rumoured to be full of gold, gems and guns that disappeared in World War II, Polish media report. 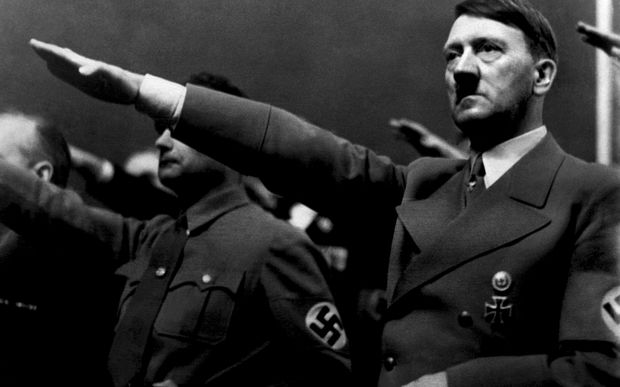 The train may have up to 300 tonnes of Nazi gold on board. Photo: AFP

The train is believed to have gone missing near what is now the Polish city of Wroclaw as Soviet forces approached in 1945.

A law firm in south-west Poland said it had been contacted by two men who had discovered the armoured train.

Polish media said the men want 10 percent of the value of the train's contents.

Local news websites said the apparent find matched reports in local folklore of a train carrying gold and gems that went missing at the end of World War II near Ksiaz castle.

The claim was made to a law office in Walbrzych, 3km from Ksiaz castle.

"Lawyers, the army, the police and the fire brigade are dealing with this," Marika Tokarska, an official at the Walbrzych district council, told Reuters.

"The area has never been excavated before and we don't know what we might find."

Two news websites in Walbrzych said the train that was found had guns on turrets along its side. One website, walbrzych24.com, said that one of the men was Polish and the other German.

They were liaising with officials in the city, who have since formed an emergency committee led by the mayor to investigate the claims, the website says.

Another site, Wiadomosci Walbrzyskie, said the train was 150m long and may have up to 300 tonnes of gold on board.

Joanna Lamparska, a historian who focuses on the Walbrzych area, told Radio Wroclaw the train was rumoured to have disappeared into a tunnel, and that it had gold and "hazardous materials" on board.

Previous searches for the train in the same area had proved fruitless, Radio Wroclaw said.