At least 44 people are now known to have died, and more than 500 are injured, following two major explosions in China's northern port city of Tianjin. 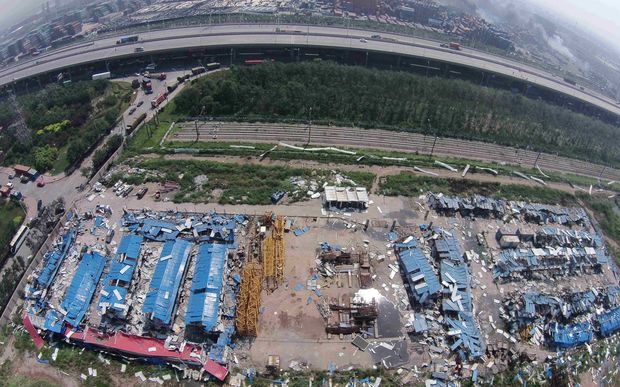 Twelve firefighters were among the dead, China's official Xinhua news agency said as it reported a doubling of the death toll.

Two blasts happened in a warehouse storing "dangerous and chemical goods" in the port area of the city.

The blasts caused a huge fireball that could be seen from space.

Buildings within a 2km radius had windows blown out, office blocks were destroyed and hundreds of cars burnt-out.

Images on Chinese media showed local residents and workers fleeing their homes, some of them covered in blood from broken glass and flying debris.

As of midday local time, 44 people had died and a total of 520 people had been hospitalised, including 66 in a critical condition, Xinhua reported.