Japan has switched on a nuclear reactor for the first time in almost two years. 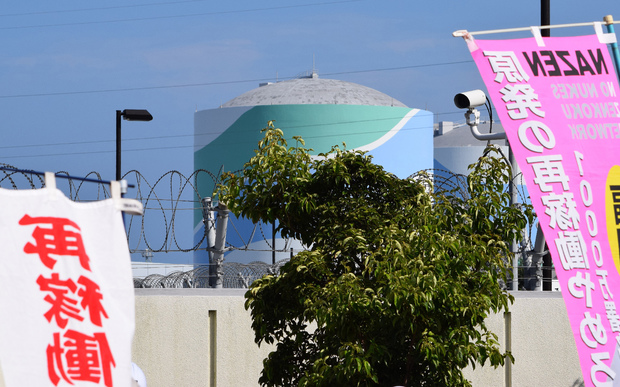 A nuclear reactor can be seen through banners protesting the restarting of the Kyushu Electric Power plant in Sendai. Photo: AFP

The public remains nervous in the wake of the 2011 Fukushima nuclear disaster, which was triggered by an earthquake and tsunami.

The whole sector has been shut down since 2013, forcing Japan to rely on expensive gas and fuel imports.

The government and much of Japanese industry want reactors to be restarted to cut the country's fuel costs, but opinion polls show a majority of the public oppose the move.

The plant where the reactor has been fired up is in Sendai, on the west coast of Kyushu.

The reactor will take a few days to reach full power if all goes to plan.

Prime Minister Shinzo Abe has said only reactors that were deemed to have cleared the "world's most stringent regulation standards" would be allowed to restart. 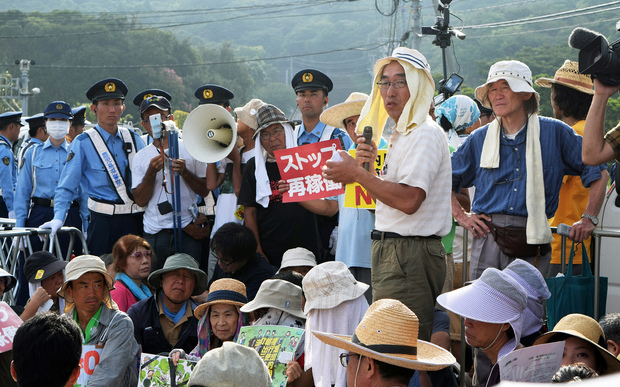 People stage a rally against the restarting of the nuclear reactor in Sendai. Photo: AFP

Ahead of today's restart in Sendai, a few hundred people rallied outside the plant amid tight security.

Of the country's 25 reactors at 15 plants for which operators have applied for permission to restart, only five at three stations have been cleared for restart.