The European Commission on Monday approved €2.4 billion of aid over six years for countries, including Greece and Italy, that have struggled to cope with a surge in numbers of immigrants.

Italy is to receive the most aid - nearly €560 million - while Greece will receive €473 million. 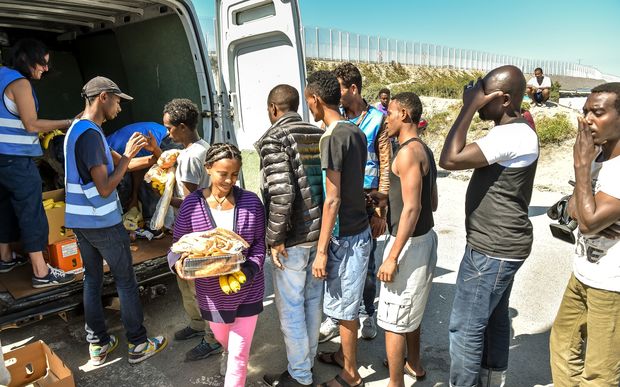 Migrants queue for food at a camp in Calais, northern France. Photo: AFP

Tensions have escalated this year as thousands of migrants from the Middle East and Africa try to gain asylum in the European Union.

Calais, a bottleneck for migrants attempting to enter Britain illegally through the Eurotunnel from France, has seen several migrant deaths this month.

Britain has already received its €27 million from the commission in emergency aid funding, which it applied for in March. France will receive its €20 million later this month.

However, neither country has requested additional aid for security in Calais and will not receive funds from the aid programmes announced today.

A European Commission spokeswoman said the programme, among other things, would deal with the situation in Calais.

The Commission plans to approve an additional 13 programmes later this year, which will then be implemented by EU member states.