The lower house of Japan's parliament has approved two controversial bills that change the country's security laws, despite protests in Tokyo. 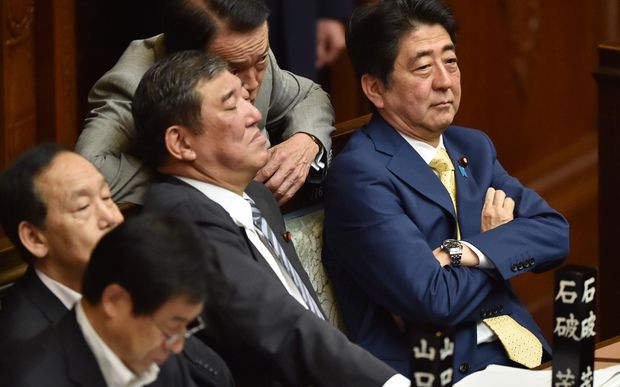 The changes would allow Japanese troops to fight overseas for the first time since World War II.

The bills still need approval from the upper house, but many expect them to eventually be passed into law.

The changes are unpopular and thousands demonstrated outside parliament on Wednesday.

Prime Minister Shinzo Abe has pushed for the two bills, arguing it was necessary to expand the role of the military in a doctrine called collective self-defence.

But polls showed more than half of Japanese citizens opposed them.

What is collective self-defence?

Japan's post-World War II constitution bars it from using force to resolve conflicts except in cases of self-defence.

Mr Abe's government has pushed for a change that would revise the laws such that Japan's military would be able to mobilise overseas when these three conditions are met: