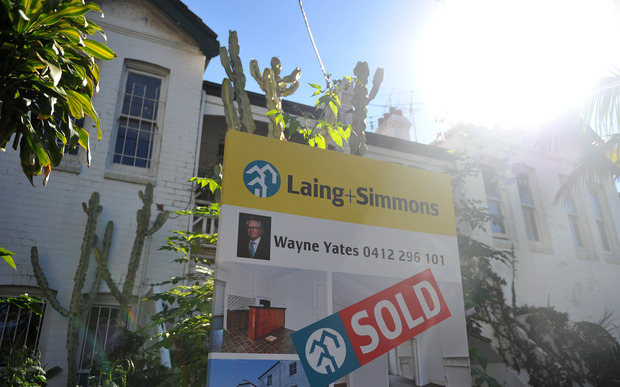 A real estate sign advertising a property in Sydney (May 2012). Photo: AAP

Since the end of 2012, house prices there have risen more than 30 percent; Melbourne has seen prices rise by more than 20 percent.

Australia requires that all foreign investors buy new houses, strongly discouraging them from buying existing ones.

James Laurenceson, an academic at the Australia-China Relations Institute at the University of Technology in Sydney, said the foreign investment rules have drawn more money into expanding the housing stock in Australia.

"You need money to build new housing, so that's what Australia's foreign investment review board process is designed to do - get domestic and foreign money into the housing market so you get new builds.

"It's basic economics that if you increase supply that's going to put downward pressure on prices, not upward pressure," he said.

Professor Laurenceson said the review board figures showed Chinese buyers of Australian real estate accounted for about 16-17 percent of total foreign investment - a fraction of the total housing market in Australia. 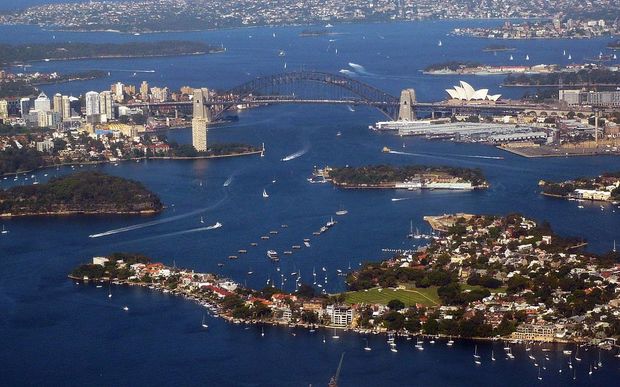 Professor Laurenceson said that meant eight out of 10 buyers were locals - and, he added, the two from overseas represented all countries, not just China.

"Of course, house prices are not just driven by foreign investment. So there's other factors as well. In Australia the big [one] we've battled with, I think, over the last two years is record low interest rates," he said.

"As a result you've had a lot of domestic investors borrowing for a second and third house that they look to then rent out and hopefully get a capital gain on."

Professor Laurenceson said he thought the reason offshore Chinese investors were blamed for rising house prices was because they were relatively new to the scene in Australia.

"Australia went through this process in a very similar way with the Japanese investors in the early 1980s. Now most Australian are quite comfortable with investment from Japan," he said.

"But China's the new kid on the block. So Chinese investment is still low compared with other countries, certainly over the last five years, but it's growing rapidly from a small base."

He estimated that in five to 10 years time Australians would be more comfortable with it.