Millions of Greeks are voting in a crucial referendum on whether to accept the terms of an international bailout. 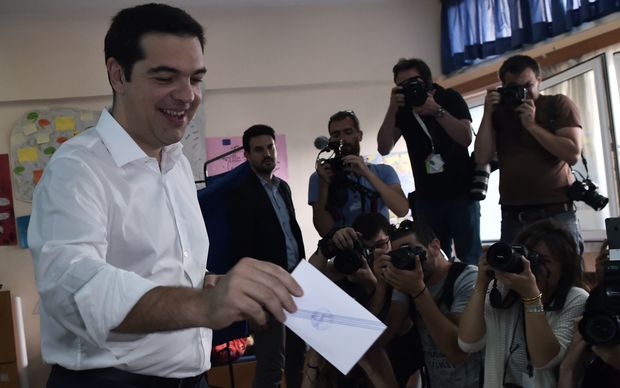 The government has urged a "No" vote, but opponents warn this could see Greece ejected from the eurozone.

Greeks appear evenly divided over the issue, according to opinion polls. Turnout is expected to be high, after a frenetic week of campaigning.

Leaders in the governing radical-left Syriza party have criticised the bailout terms as humiliating. They say rejecting the terms could give them more leverage in talks over the country's massive debt.

"No one can ignore the determination of a people taking its destiny in its own hands," Prime Minister Alexis Tsipras said, after casting his ballot on Sunday.

However, international creditors have warned that a "No" vote could choke off vital funding for Greek banks and lead to "Grexit - a chaotic departure from the common European currency. The "Yes" campaign has framed the vote as a referendum on Greek membership of the eurozone.

Supporters of both sides held rallies in Athens on Friday. Banks stayed shut because of capital controls imposed after the expiry of the current bailout programme.

At an Athens polling station on Sunday, 80-year-old Anastasia said she had voted "No" because she could no longer survive on her pension. "I've voted for my homeland," she said.

Basil, a 56-year-old in Athens, told the AFP news agency he was voting "Yes" - but would rather the referendum had never been called. "This is very dangerous for Greece," he said.

Greek Finance Minister Yanis Varoufakis told local media on Saturday that the EU had "no legal grounds" to throw Greece out of the euro.

On the eve of the referendum, he accused Athens' creditors of trying to sow fear around the vote. 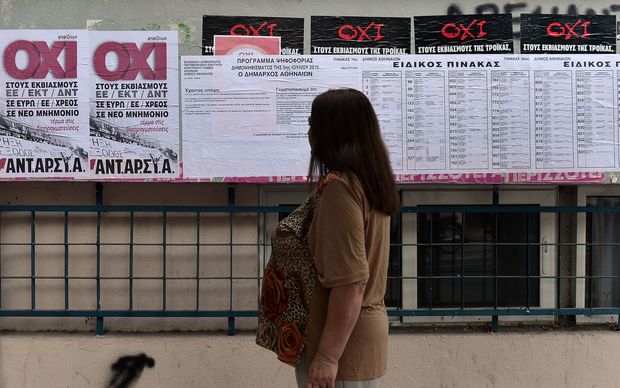 A woman looks at placards reading 'No' and voting information outside a polling station in Athens. Photo: AFP

Speaking to Spain's El Mundo newspaper, he said: "Why did they force us to close the banks? To instil fear in people. And spreading fear is called terrorism."

Mr Varoufakis said that the banks in Greece would reopen on Tuesday whatever the outcome and that Greek Prime Minister Alexis Tsipras would still reach an agreement with creditors if the result was "No" in the referendum. 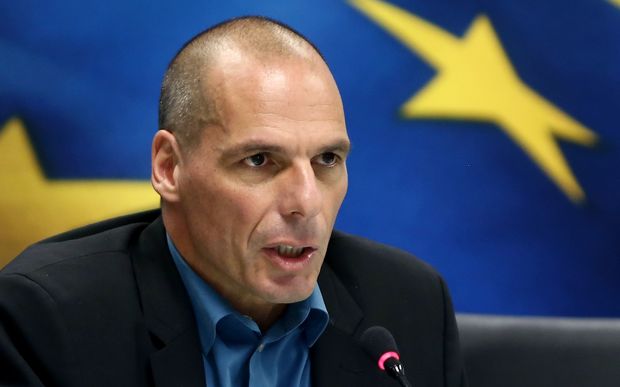 Meanwhile, German Finance Minister Wolfgang Schaeuble, one of Greece's harshest critics, suggested that if Greece were to leave the eurozone, it might only be temporary.

"Greece is a member of the eurozone. There's no doubt about that," he told German newspaper Bild.

"Whether with the euro or temporarily without it: only the Greeks can answer this question. And it is clear that we will not leave the people in the lurch."

Electoral workers have been racing to get polling stations ready in time, with army helicopters being used instead of boats to rush ballot papers to the islands. Nearly 10 million people are eligible to vote. 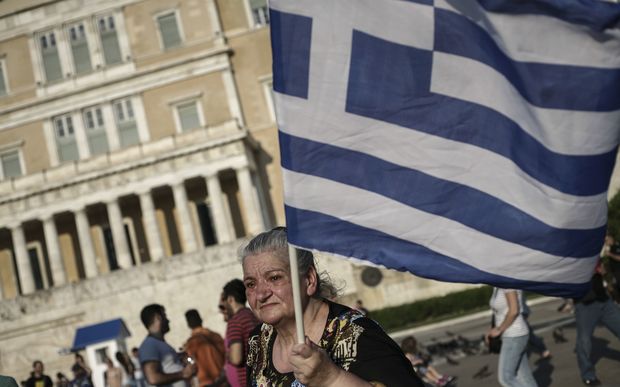 A woman outside the Greek parliament during a demonstration supporting the NO vote. Photo: AFP

Several European officials have complained in strong terms about Greece's abrupt decision to hold a referendum on the terms of a bailout offer they say is no longer on the table.

Greece's Syriza-led government was elected in January on an anti-austerity platform.

The European Commission, the European Union's executive arm - one of the "troika" of creditors along with the International Monetary Fund and the European Central Bank - wants Athens to raise taxes and slash welfare spending to meet its debt obligations.