Malaysia says that it wants to set up an international tribunal to prosecute those suspected of shooting down flight MH17. 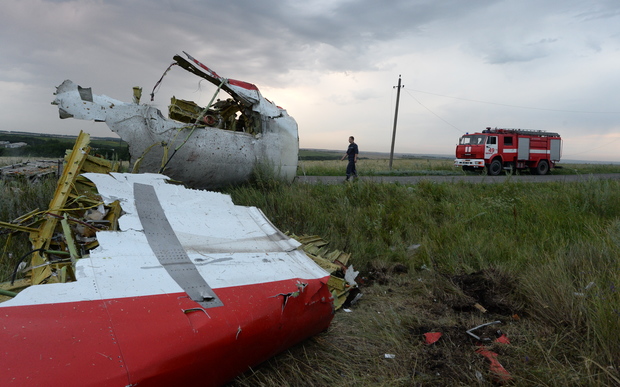 The Malaysia Airlines passenger plane crashed in July 2014, and all 298 people on board were killed.

It had been flying over territory held by pro-Russian rebels in eastern Ukraine when it was hit.

Separatist leaders have denied accusations they used an anti-aircraft missile to shoot down the plane.

New Zealand's UN ambassador Gerard van Bohemen, the president of the UN Security Council for July, said Malaysia had "briefed the council members this morning of their intention to present a resolution in relation to MH17".

"They are seeking to find a mechanism to deal with criminal accountability in relation to the downing of the aircraft."

He added that the move was a joint proposal by Malaysia, Australia, the Netherlands, Belgium and Ukraine.

Russia's Deputy Foreign Minister Gennady Gatilov has called the plan "not timely and counterproductive," according to the AFP news agency.

Unnamed diplomats told Reuters that Russia had described the proposal as premature.

They told the news agency that Russia believed that the council should wait for the results of the ongoing investigations.

Most of the passengers on the flight were Dutch, but there were also Malaysians, Australians, Britons and New Zealanders on board, among others.

The Netherlands is currently leading a multinational investigation but Russian investigators have also been looking into the crash.

Russia has denied accusations that it supplied the rebels in Ukraine with an anti-aircraft missile that was used to shoot down the plane.

The country has claimed that it was Ukrainian forces, not the rebels, that brought down flight MH17.

A preliminary Dutch report said the plane broke up after being penetrated by "high-velocity objects".