Another patient has died in South Korea amid an outbreak of the Middle East Respiratory Syndrome (MERS), bringing total fatalities to 16. 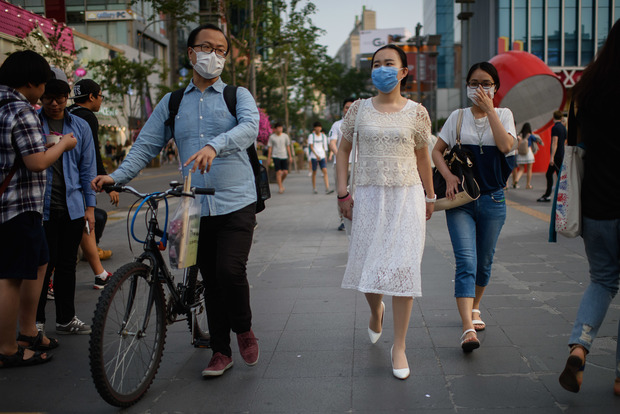 Officials also reported five new cases in South Korea, which has the largest outbreak outside the Middle East.

Meanwhile, a South Korean man in Slovakia tested negative for the virus, but will remain in quarantine for further testing.

The 38-year-old man started showing symptoms such as diarrhoea, fever and skin lesions after arriving in the Slovak capital of Bratislava on 3 June.

Four blood tests have been conducted with three showing negative results, but the fourth test produced no clear result and so health officials say further tests will have to be conducted.

The man reportedly works for a subcontractor of South Korean car maker Kia.

A hospital in the South Korean capital Seoul has suspended most of its services after being identified as the source of almost half the cases.

The president of the Samsung Medical Center issued a public apology on Sunday. 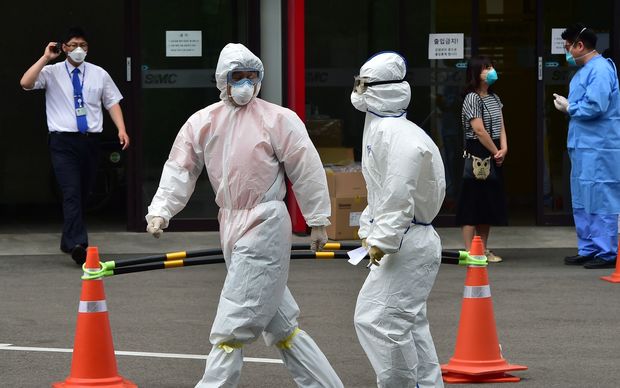 South Korean medical workers in full protective gear walk past in front of the emergency section at the Samsung Medical Center in Seoul. Photo: AFP

He said no visitors would be allowed, and non-urgent surgery was being stopped.

"We apologise for causing great concern as Samsung Medical Center became the centre of the spread of MERS," he said.

"This is entirely our responsibility and failing, as we did not properly manage emergency-room staff."

Mr Song said he would review the suspension on services on 24 June.

More than 70 cases have been traced back to the hospital, authorities say.

Among them was an emergency ward orderly who worked for days after developing symptoms and came into contact with more than 200 people, officials said.

It is believed the orderly picked up the virus from an infected person who waited for days in various parts of the emergency ward, potentially exposing the virus to an estimated 900 staff, patients and visitors.

The World Health Organization (WHO) has warned that the outbreak is "large and complex" with further cases expected, although it does not expect the outbreak to spread among the wider community.