Ireland has voted overwhelmingly to legalise same-sex civil marriages in a world-first referendum. 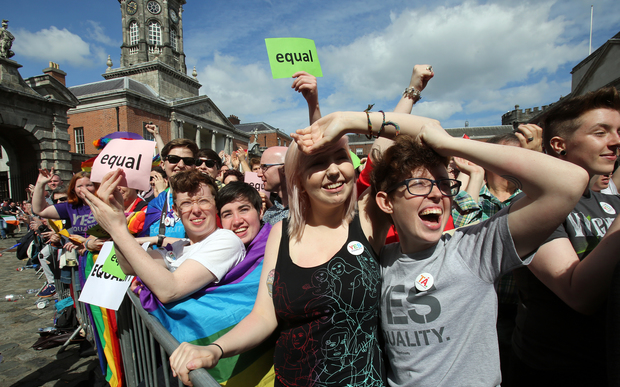 Supporters for same-sex marriage cheer as they wait for the result, at Dublin Castle. Photo: AFP

More than 62 percent voted in favour of amending the country's constitution to allow gay and lesbian couples to marry.

It is the first country in the world to legalise same-sex marriage through a popular vote.

The referendum was held 22 years after homosexual acts were decriminalised in the Republic of Ireland.

Counting began at 9am on Saturday (BST) and the final result was declared shortly before 7pm (BST).

The turnout was more than 60 percent, and the outcome seemed clear a short time into the count, with prominent "no" campaigners declaring defeat early on. 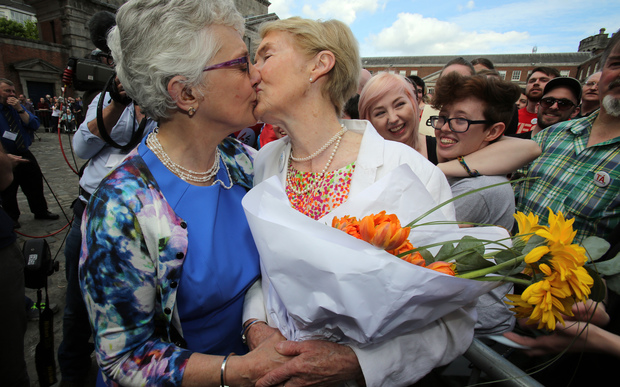 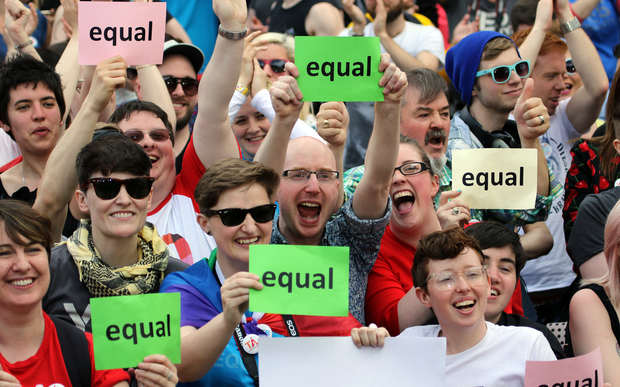 Ireland is the first to legalise same-sex marriage through a popular vote. Photo: AFP

A large crowd gathered in Dublin Castle's upper courtyard to watch the declarations on a large screen.

Out of 43 constituencies, only the largely rural Roscommon-South Leitrim had a majority of "no" votes.

Minister for Health Leo Varadkar, who earlier this year came out as the Republic of Ireland's first openly gay minister, said the vote showed that the "traditional cultural divide" between rural and urban areas had vanished.

"This is really Ireland speaking with one voice in favour of equality," he told Irish broadcaster RTE.

The Catholic Archbishop of Dublin, Diarmuid Martin, said if the referendum was an affirmation of the views of young people, the church had a "huge task in front of it".

"I think really the church needs to do a reality check," he told RTE.

"I appreciate how gay and lesbian men and women feel on this day, that they feel this is something that is enriching the way they live. I think it is a social revolution." 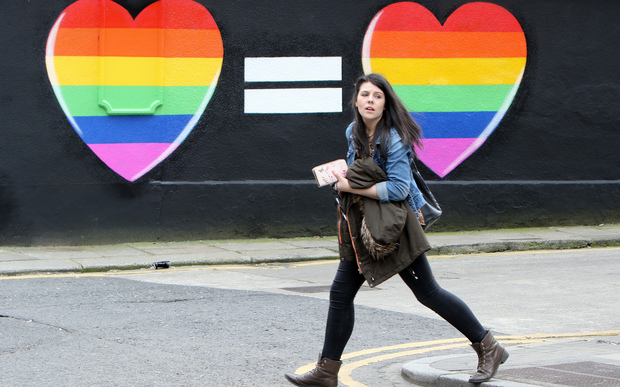 A woman walks past a mural backing same-sex marriage in Ireland on 21 May. Photo: AFP

Voters were asked whether they agreed with the statement: "Marriage may be contracted in accordance with law by two persons without distinction as to their sex."

Catholic churches will continue to decide for themselves whether to solemnise a marriage.

The leader of the Catholic Church in Ireland, Eamon Martin, has said the church may look at whether it continues to perform the civil side of solemnisation if the change comes in.

Many people returned to the Republic of Ireland from abroad to cast their votes.