The footwear furore at the Cannes Film Festival continues, with a woman who has part of her foot amputated saying she was stopped for not wearing high heels.

The festival has been forced to deny heels are part of its formal dress code, but that has not stopped an avalanche of criticism after multiple reports that women in flat shoes were being turned away from gala screenings. 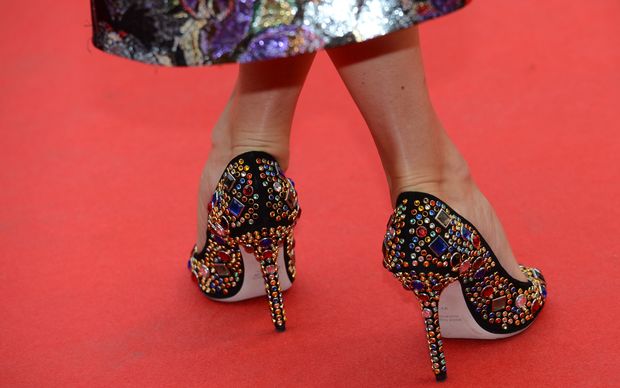 The latest to speak out, film producer Valeria Richter, told the BBC red carpet officials pointed at her shoes and said: "No, no, this won't work, you can't get in like this."

Ms Richter said she could not keep her balance in heels after having her big toe and part of her left foot amputated.

She was stopped four times on her way into the premiere of Gus Van Sant's Sea of Trees on Saturday. 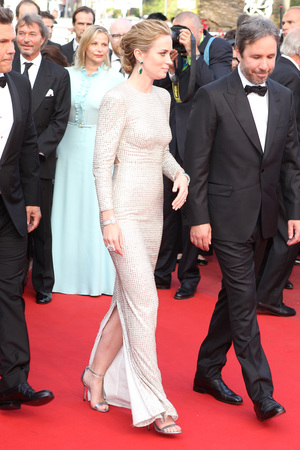 "They pointed their finger at my shoe and then were waving their fingers at me," she said. "It was quite obvious it was my shoes that was an issue."

"Obviously, I could wave my foot at them," she said, "and that would make the situation a little awkward for them, because I had a visible explanation [for not wearing heels]".

Although Ms Richter was eventually granted entry, she said "many of my colleagues who can't wear heels were rejected and did not come in."

A festival spokeswoman said ushers had been "reminded" that heels were not official dress code, suggesting women in flat shoes would now be admitted.

However, numerous festival-goers have reported seeing women being turned away.

Among them was Asif Kapadia - whose Amy Winehouse documentary premiered in Cannes last weekend - who said his wife had been stopped on the red carpet but was "eventually let in".

"Everyone should wear flats to be honest," she said.

However, the star opted for heels at the red carpet premiere of her film, which also stars Josh Brolin and Benicio del Toro.