A remake of classic 1960s children's television show Thunderbirds has had its premiere in Cannes. 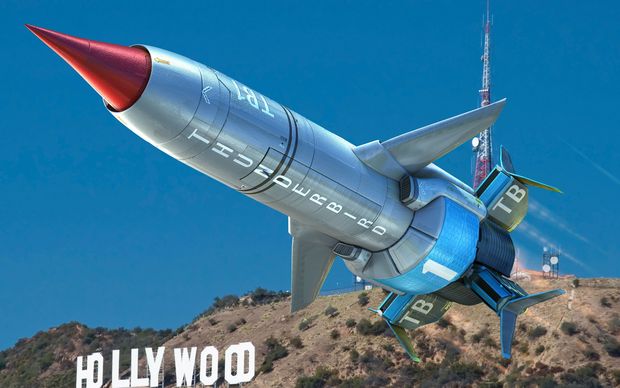 The puppetry show about the fictional "International Rescue", featuring a variety of spacecraft and run by the Tracey family, was originally broadcast in 1965.

The remake,Thunderbirds Are Go, has been recreated with the help of Wellington's Weta Workshop and Pukeko Studios.

The show has just had its first public screening in Cannes.

"We've tried extremely hard to pay homage to the original vehicles and characters, and really try and develop a world that feels almost exactly like you've returned home to the Thunderbirds."

Sir Richard said the original series inspired the careers of many people at Weta workshop, and there was a Thunderbirds shrine at the Wellington studio.

The new series uses a mixture of live-action and CGI animation.

It debuted at the MIP Junior Television Industry Conference in Cannes, and will air on ITV in Britain next year.