The Nepalese earthquake may have killed more than 300 people in a single village in a popular trekking area.

Nepalis and foreign trekkers were killed in the village of Langtang following the devastating earthquake nine days ago. 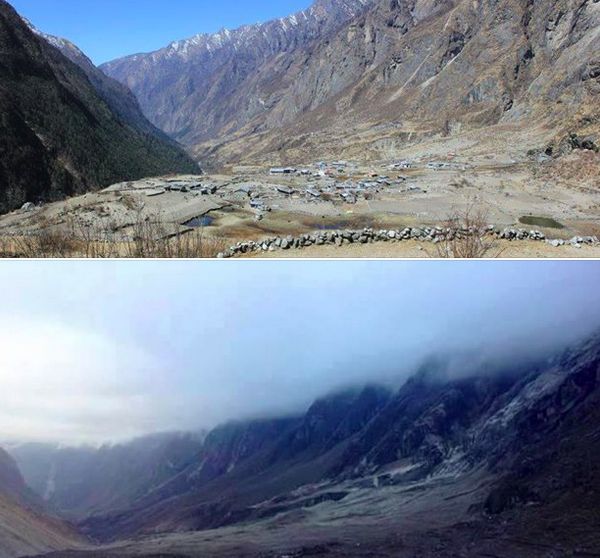 Langtang before (top) and after the earthquake. Photo: Supplied / Mal Haskins

The first reporter to reach Langtang in northern Nepal said the village had been razed and bodies were laid out everywhere.

Justin Rowlatt said villagers told him the sky went dark before an avalanche came down.

"You can see the power of the damage that was done, all the trees were knocked down like so many matchsticks."

He said the avalanche collapsed on top of the village and barely any remains of it could be seen.

He said 178 villagers and 150 foreigners may have died in the avalanche.

One survivor, Dindu Lama, told him he had lost family members.

"We have lost everything .... now we have nothing," he said.

Langtan village was one of the most popular trekking destinations in Nepal and home to 435 people.

Fifty-five hotels and guesthouses and the villagers' homes are now buried under a mass of ice and rock.