A 101-year-old man has been pulled alive from the rubble of his house in Nepal, seven days after it collapsed in a deadly earthquake.

The man was rescued on Saturday and is now in hospital, according to local police. 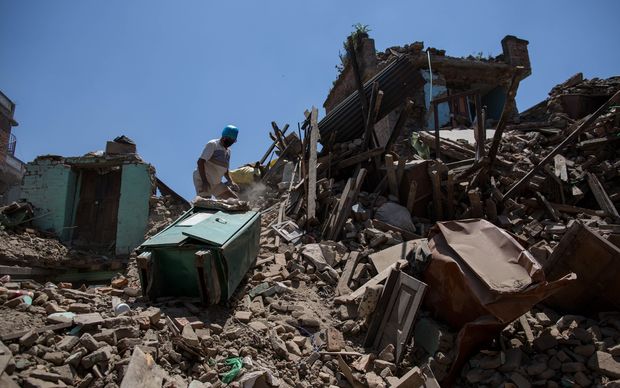 According to the UN, 600,000 houses have been destroyed or damaged. Photo: Guillaume Payen / NurPhoto

"He was brought to the district hospital in a helicopter. His condition is stable," Mr Singh said. "He has injuries on his left ankle and hand. His family is with him."

Mr Tamang was found in Nuwakot district about 80 kilometres north west of Kathmandu.

On Sunday two women and a man were rescued alive in the country's north-east.

Police said two were buried under a collapsed mud house and the other had been trapped under debris from a landslide at Kerabari village in the north-eastern district of Sindhupalchowk.

That increased the death toll to 7059, and the figure was likely to rise further as an entire village was carried away by the same avalanche and scores more people - both locals and foreign trekkers - were missing, officials said.

The village in the northern district of Rasuwa was on a popular trekking route and had 55 guesthouses. It was not clear how many people were there at the time of the avalanche.

None of the recovered bodies has been identified, police said. 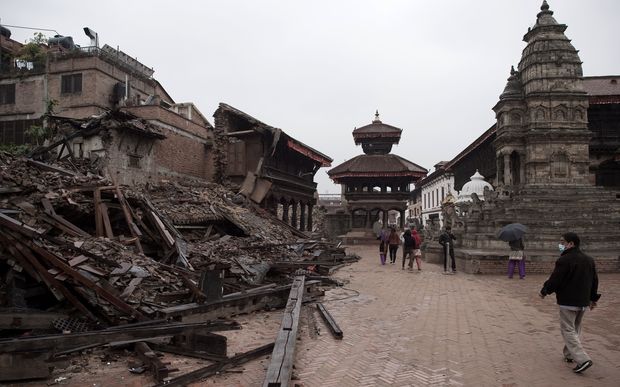 A collapsed structure on the outskirts of the Nepalese capital Kathmandu. Photo: AFP

More than a week after the magnitude-7.8 earthquake, large swathes of the Himalayan nation have yet to receive any outside help as aid workers battle landslides, avalanches and a helicopter shortage to reach communities in some of the world's most remote terrain.

US military aircraft and personnel were due to begin helping ferry relief supplies to stricken areas outside the capital, a US Marines spokeswoman said.