A British teenager has been arrested and is being held in connection with an alleged Islamic State-linked plot to attack Anzac commemorations in Melbourne.

The 14-year old boy from Blackburn in northern England had been arrested on 2 April on suspicion of preparing for an act of terrorism, according to the BBC.

He was re-arrested on Saturday, on suspicion of other terrorism offences. Police said their investigation led them to discover his communication with a man in Australia.

Police said he was a "credible terrorist threat", but noted no imminent attack in Britain had been uncovered.

On the same day as the second arrest of the British teen, an 18-year-old Melbourne man appeared in court there charged with preparing or planning a terrorist act.

It is alleged he was part of plans to carry out Islamic-State-inspired attacks against the police at events to mark Anzac Day. 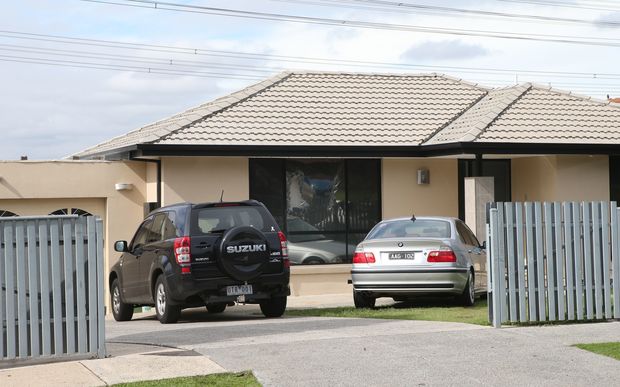 One of the houses in Melbourne's eastern suburbs raided by police on 18 April over an alleged plot to target Anzac Day commemorations. Photo: AAP

Australian police had arrested five teenagers in Melbourne over alleged plans to target police at this week's Anzac Day commemorations.

Two men remain in custody. The other three have been released but the police have said that one man is expected to be charged on weapons offences.

Greater Manchester Police said the 14-year-old was arrested after counter-terrorism police and officers from Lancashire searched an address in Blackburn under warrant and examined a number of electronic devices.

He is being held on suspicion of being concerned in the commission, preparation or instigation of acts of terrorism.

As part of the investigation, officers uncovered communication between a teenager in Blackburn and a man in Australia. Information was subsequently passed to Australian authorities.

Detective Chief Superintendent Tony Mole said officers had uncovered what they believed to be a "credible terrorist threat".