Police in Victoria have applied to detain an 18-year-old man for up to 14 days without charge after his arrest in counterterrorism raids in south-east Melbourne.

It is the first time Victoria Police has applied for and successfully used a preventative detention order (PDO) and, under the terms of the order, the man may be held for up to two weeks. 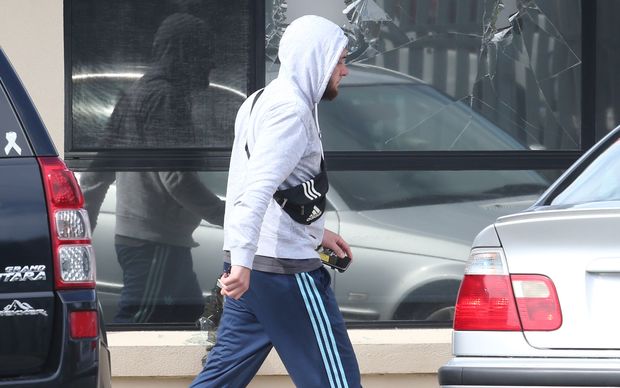 A man walks past a broken window from a police terror raid at a house in Melbourne, where where one of several arrests were made. Photo: AAP

The man from Hampton Park is one of five men who were arrested yesterday in raids across Melbourne.

It is alleged they had been planning to carry out an Islamic State-inspired terrorist attack on Anzac Day next weekend.

Yesterday, another 18-year-old man, Sevdet Besim, of Hallam, was charged with conspiring to commit a terrorist act and appeared in the Melbourne Magistrates Court.

He did not apply for bail and was remanded in custody until next Friday.

However, defence lawyers told the court Besim would apply for bail at a later date.

Two other men aged 19 and 18 have been released and police say another 18-year-old will be charged on summons.

At least one of the men was arrested in a confrontation at a house at Hallam which left the front window broken. 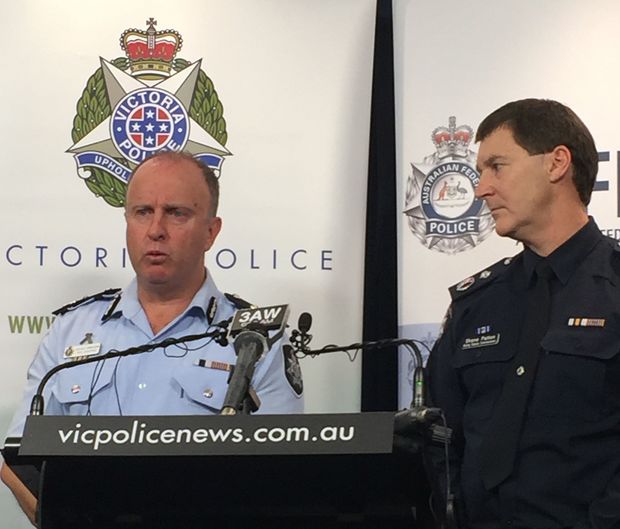 Victoria Police Deputy Commissioner Shane Patton said yesterday that it was believed the planned attacks would have involved the use of knives.

"It is alleged both men were undertaking preparations for a terrorist attack at an Anzac Day activity in Melbourne which included targeting police officers," he said.

AFP Acting Deputy Commissioner Neil Gaughan described the plot as being inspired by the Islamic State (IS) militant group but said the community should not feel anxious.

"At this stage we have no information that it was a planned beheading. But there was reference to an attack on police," he said.

"At this stage we're comfortable that we have this threat fully contained."

The head of Victoria's police association said yesterday's arrests may mean a change in police practices.

Police Association of Victoria secretary Ron Iddles said officers would now have to contend with a new danger.

"I think from now on, sadly, every call that police attend they must have in the back of their mind that this may be an issue where they're set up in relation to terrorism," he said.

"Maybe we've got to move away from that. There are many instances in the state where members have to work one up," he said.

"Maybe that's time now to reconsider that. Yes you can do a risk assessment, but really, you need someone beside you." 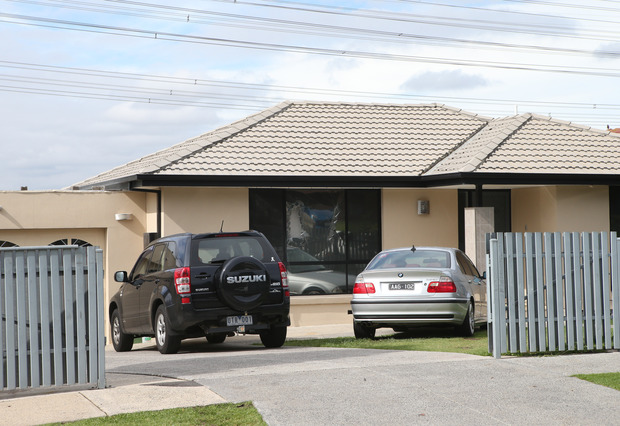 A house in Hallam, Melbourne, where police made one of several arrests. Photo: AAP / David Crosling

Prime Minister Tony Abbott called on Australians to turn out in large numbers on Anzac Day, despite the raids.

Australian War Memorial director Brendan Nelson has reassured the community that the appropriate security arrangements are in place for Anzac commemorations in Canberra.

"There is no reason for anyone, other than physical incapacity, not to attend the dawn service, the national service at the Australian War Memorial in Canberra," he said.

"We're confident based on the advice we've been given, all of which we have taken, that the security arrangements are appropriate for the threat risk that we understand is the case."

Representatives of the RSL, Shrine of Remembrance and the Islamic community have spoken to the Victorian Premier Daniel Andrews.

He has updated them on yesterday's events and on the extra security measures for Anzac Day.

Meanwhile, British police say they are reviewing security for their own Anzac Day commemorations in the UK.

While Scotland Yard said there was no information to suggest a specific threat to any of the events, all forces have been asked to review their security arrangements as a "sensible precaution".

"Following counterterrorism arrests in Australia and allegations of attack planning against Anzac Day commemorations and police officers in Australia, we are reviewing security plans at related events in the UK," deputy assistant commissioner Neil Basu said.

A number of Anzac Day commemorations will be held in the UK next weekend, some of which will be attended by members of the Royal family.