A letter containing a threat to behead Tasmanian senator Jacqui Lambie unless she helps implement Sharia law in Australia has sparked a security assessment at the outspoken independent's office. 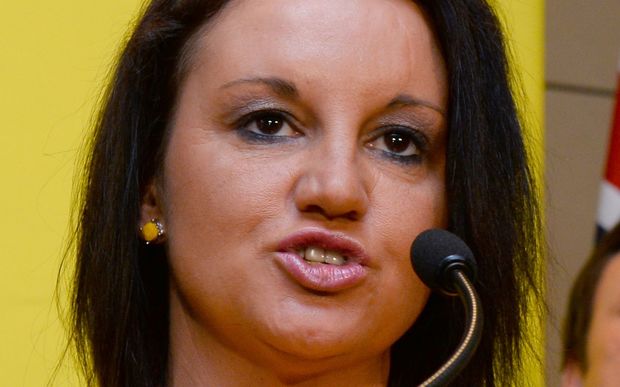 The letter was received at the senator's Burnie office last week and included threats to behead the former Palmer United Party member unless she converted to Islam and helped implement Sharia law by March 18.

It was accompanied by graphic images of a man being beheaded, which prompted the senator's office to treat the threats seriously.

"By the powers invested in me by Allah, I sentence you to death," the letter said.

"I will take the honour in beheading you ... when you are least prepared; my men and I will take your office by surprise."

Senator Lambie has been a vocal critic of Islamic Sharia law, but she said the death-threats would not deter her.

"I have no doubt that it is my stance against Sharia Law and my questions on Halal that are going on at the moment," she said.

"The bottom line is that we are at war with ISIS and we are just going to have to be extremely cautious."

She said the matter had been handed over to the Australian Federal Police (AFP) and Tasmania Police.

"I'm ex-Army so I guess that I'm always very conscious about what's going on around me and what's happening in my environment so I'll just continue to be on that sort of high alert and just lift that a little bit more," she said.

The staff member that received that letter has been offered some counselling.

"At this stage she hasn't taken up that offer but that offer will always be open to here and any of my other staff."

The senator said she would continue to go about her business as a senator undeterred.

"I will continue to advocate for a ban on Sharia Law, unnecessary face coverings in public and tighter regulation of Halal certification fees in Australia - and to have those Australian Citizens who assist Islamic State in any way, charged with the high crimes of Sedition or Treason."

A personal security assessment is being done to ensure the safety of Senator Lambie following the letter, the spokesman said.

The letter specifically mentioned a controversial proposal to build a mosque at Green Fields in Adelaide's northern suburbs.

Senator Lambie said the threat to her life would not help the proponents of the mosque.

"If they think that's way of going around to get a mosque in Adelaide by threatening my life then I tell you what, they're certainly going in the wrong direction," she said.

The senator conceded the death threat could be a hoax but she said she was taking it very seriously.

"This is what we're waiting for AFP to determine and I can't do anything else apart from get on with my daily life until that's been determined," she said.