Japan's airforce has scrambled jet fighters more than 900 times in a year against foreign aircraft, mainly Chinese and Russian, approaching its airspace. 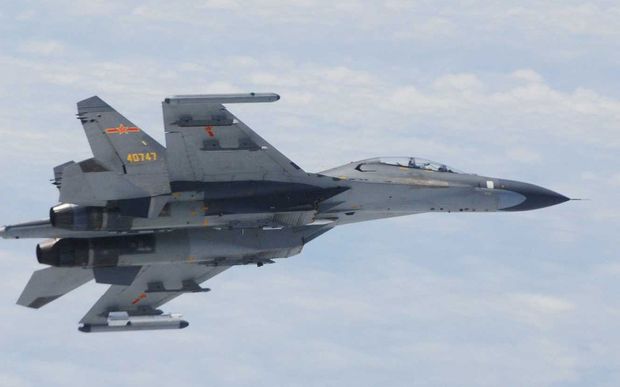 The country's defence ministry said jets were scrambled 943 times in the year ending June 2014, sharply higher than the previous 12 months, and only just below the peak during the Cold War.

There were a record 944 scrambles in 1984 when aircraft from the former Soviet Union were very active around Japan.

But tensions between Japan and its two big neighbours have risen recently - both China and Russia have ongoing territorial disputes with Japan.

Tokyo and Beijing are at odds over islands in the East China Sea, which Japan controls.

And a row over islands off Japan's north coast that were taken over by Russia at the end of World War Two continues to dog ties between Moscow and Tokyo.

In response to the tensions, Japan has recently started to increase defence spending, reversing several years of cuts.