The leaders of China and Japan have met for formal talks after more than two years of severe tension over a territorial dispute. 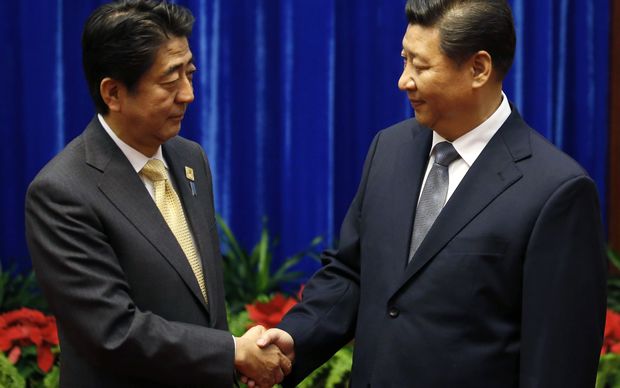 The talks are the first between the two leaders, and Mr Abe said it was the first step to "improving ties".

Relations have been soured by the row over islands in the East China Sea.

The strategically important islands, known as Diaoyu by China and Senkaku by Japan, are controlled by Japan.

Tokyo's decision to purchase three of them from their private Japanese owner in September 2012 led to an escalation in a dispute that has rumbled quietly for years.