Protesters around the world have vowed to remember more than 200 girls abducted from the village of Chibok by Nigerian militant Islamist group Boko Haram one year ago. 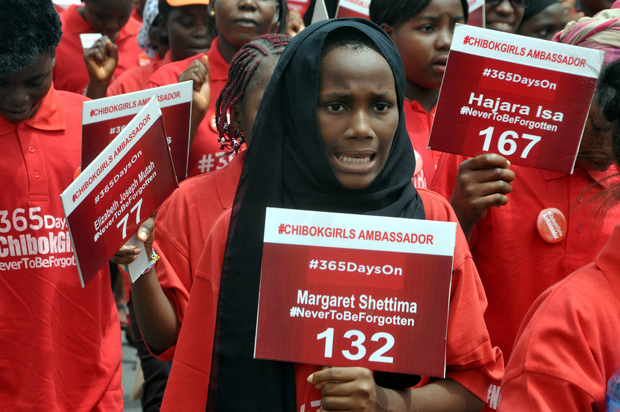 Children take part in a demonstration in Abuja on 14 April, marking one year since the abduction. Photo: AFP

A procession is being held in Nigeria's capital, Abuja, with 219 girls taking part to represent each missing girl.

The mass abduction sparked global outrage, with nations including the US and China vowing to help find them.

The young women demonstrating in Abuja sang and chanted "solidarity forever" as they marched. They wore red T-shirts with the words "#365DaysOn" and "#NeverToBeForgotten".

Ceremonies are also being held in Lagos, and in France, the UK and US. 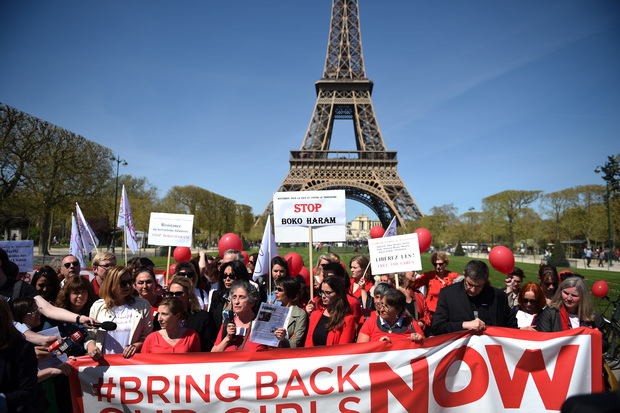 Protesters stand in front of the Eiffel Tower in Paris. Photo: AFP

'Where are our girls?'

Boko Haram says the kidnapped girls have converted to Islam and been married off. One witness told the BBC that she saw more than 50 of them alive three weeks ago in the north-eastern town of Gwoza.

Ahmed Salkida, a journalist with close links to Boko Haram, told the BBC he believed the girls were "well and healthy".

"According to [the jihadists] the girls have converted to Islam, so they regard them as very important," he said.

The mass abduction sparked one of the biggest social media campaigns of 2014, with the Twitter hashtag #BringBackOurGirls being used more than five million times.

Activists have spoken of relatives' anguish at still not knowing what happened to the girls, and criticised the government of outgoing President Goodluck Jonathan for not doing enough to find them.

"Our president has said the girls are alive. Our question is: 'Where are our girls?'" Aisha Yesufu, a spokeswoman for the group, told the BBC.

Mr Jonathan told the BBC's Newsday that political rivalries had hampered the federal government's ability to respond to the Chibok attack.

Incoming president Muhammadu Buhari said his government would "do everything in its power to bring them home" but said he "cannot promise that we can find them".

Amnesty International says the militants have abducted 2000 girls and women since the start of last year, using them as cooks, sex slaves and fighters. 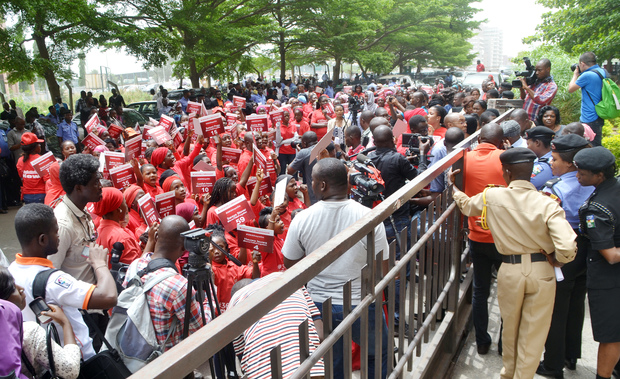