More than 50 of the girls abducted by militant Islamists in Nigeria last year were seen alive three weeks ago, a woman has told the BBC.

She saw the girls in the north-eastern Gwoza town before the Boko Haram militants were driven out of there by regional forces. 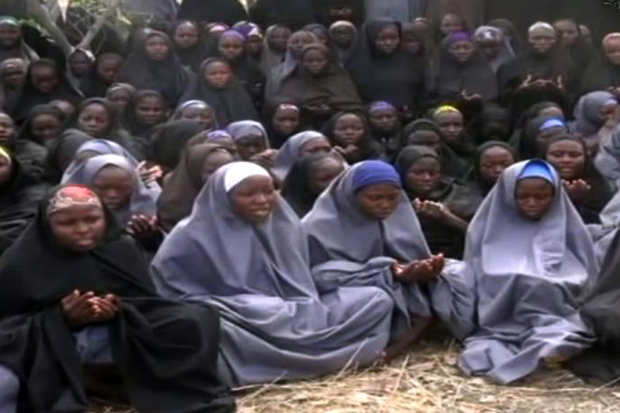 FILE - A screengrab from a Boko Haram video last year shows the girls, wearing the full-length hijab and praying in a rural location. Photo: AFP

Boko Haram sparked global outrage when it seized more than 219 girls from Chibok town a year ago.

The US, China and other foreign powers promised to help find the girls.

However, the girls have never been traced, and little has been heard of them since they were taken from their boarding school.

The whereabouts of the remaining girls is not clear.

Campaign group Bring Back Our Girls organised a silent march in Nigeria's capital, Abuja, on Wednesday to raise public awareness about the abductions.

In an open letter, Nobel Peace Prize winner Malala Yousafzai called on Nigeria's authorities and the international community to do more to secure the release of the girls.

Boko Haram leader Abubakar Shekau has said the girls have been converted to Islam and married off, fuelling concern that the militants had treated them as war booty and sex-slaves.

Mr Shekau has pledged allegiance to the Islamic State (IS), which is also notorious for carrying out abductions in Iraq and Syria.

The Nigerian woman, who lived under Boko Haram's rule in Gwoza, told the BBC she saw the girls in Islamic attire, being escorted by the militants.

"They said they were Chibok girls kept in a big house," said the woman, who asked not to be identified for fear of reprisals.

"We just happened to be on the same road with them," she added. 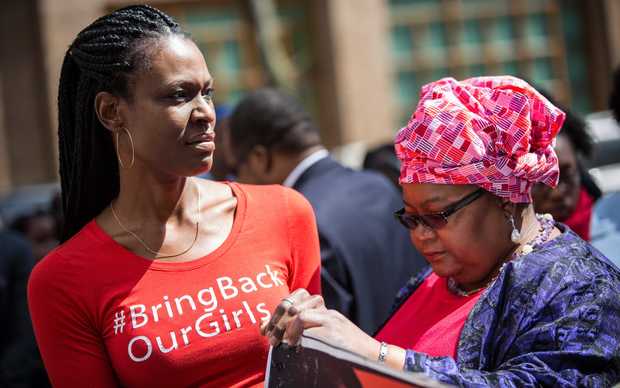 Women attend a rally in New York, bringing attention to the one year anniversary of the kidnapping. Photo: AFP

Three other women also told the BBC they had seen the girls in Gwoza.

Boko Haram was believed to have turned Gwoza into its headquarters after it captured the town in August 2014.

The militants were suspected to have fled to the nearby Mandara Mountains, near the border with Cameroon.

It is unclear whether the girls are with them there.

Another woman told the BBC she last saw some of the girls in November at a Boko Haram camp in Bita village, also in the north-east.

"About a week after they were brought to the camp, one of us peeked through a window and asked: 'Are you really the Chibok girls?' and they said: 'Yes'. We believed them and didn't ask them again," the woman said.

"They took Koranic lessons, cleaned their compound, cooked for themselves and they braided each others' hair. They were treated differently - their food [was] better and water clean. "

Nigeria's outgoing President Goodluck Jonathan has been widely criticised for not doing enough to end the six-year insurgency in the north-east, and to secure the freedom of the girls.

Incoming President Muhammadu Buhari has vowed to "crush" the insurgents.

He is due to be inaugurated on 29 May after defeating Mr Jonathan in last month's presidential elections.