The shorter you are, the greater your risk of heart problems, a team at the University of Leicester says. 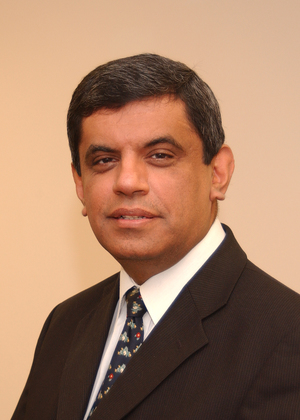 The study, of nearly 200,000 people with and without coronary heart disease found sections of DNA that control both height and heart health.

The findings, published in the New England Journal of Medicine, showed every extra 2.5in (6.4cm) cut coronary disease incidence by 13.5 percent.

For example, compared to someone who is 5'6" (1.67m) a 5' (1.52m) tall person on average has a 32 percent higher risk of coronary heart disease because of their relatively shorter stature.

Professor Sir Nilesh Samani, the BHF Professor of Cardiology at the University of Leicester, led the research.

"We have shown that the association between shorter height and higher risk of coronary heart disease is a primary relationship and is not due to confounding factors such as nutrition or poor socioeconomic conditions," he said.

Coronary heart disease, which includes heart attacks and heart failure, is the leading cause of premature death worldwide.

It is the condition where the arteries that supply blood to the heart muscle (coronary arteries) become narrowed due to a deposition of fatty material (plaque) in the walls of the arteries. If a blood clot forms over the plaque then the artery can become completely blocked suddenly giving rise to a heart attack.

Professor Samani said: "For more than 60 years it has been known that there is an inverse relationship between height and risk of coronary heart disease."

Previously, it was suggested that the relationship was a consequence of other factors, such as poor childhood nutrition stunting height and also affecting the heart.

"Height has a strong genetic determination and in the last few years a large number of genetic variants have been identified in our DNA that determines one's height.

"The beauty about DNA is that it cannot be modified by one's lifestyle or socio-economic conditions.

Dr Christopher Nelson, the British Heart Foundation-funded lecturer who undertook the analysis, said, "The more height increasing genetic variants that you carry, the lower your risk of coronary heart disease and conversely if you were genetically shorter the higher your risk."

However, the outlook for the short is not as bleak as it may appear.

Professor Peter Weissberg, Medical Director at the BHF, which part-funded the study, said, "This study does not suggest that short people should be unduly worried about their health or that doctors need to focus on the health of shorter patients - it suggests that some of the genes that determine our height may also have an influence on factors that make us more susceptible to heart disease, for example our blood lipids."

Professor Samani said that the findings did not have any immediate clinical implication, but might open new avenues for future treatment.

"Better and fuller understanding of the biological mechanisms that underlie the relationship between shorter height and higher risk of coronary heart disease may open up new ways for its prevention and treatment."