Kenya has identified one of the al-Shabaab gunmen involved in the massacre of students at a university as the son of a Kenyan government official. 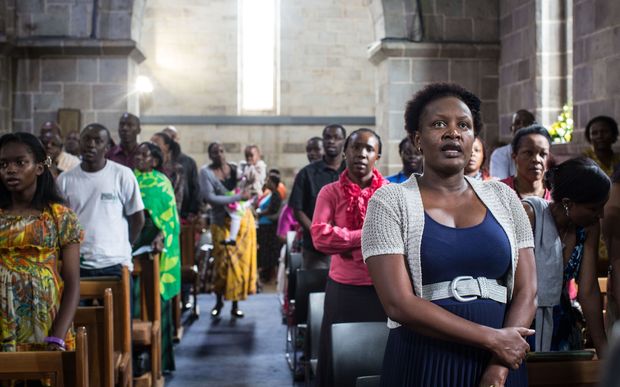 It said his father had reported that his son had disappeared from home and was helping the police try to trace him by the time the Garissa terror attack happened.

An ethnic Somali with Kenyan nationality, his father is a government official in the northern Mandera county bordering Somalia, the ministry said.

Kenyans are observing three days of national mourning for those killed in the attack in Garissa, some 200 kilometres from the Somali border.

President Uhuru Kenyatta on Saturday said the planners and financiers of Islamist attacks were "deeply embedded" within Kenyan communities and urged Muslims to do more to fight radicalisation.

At one church in the Indian Ocean port city of Mombasa, worshippers were evacuated and a bomb disposal unit deployed due to a suspicious vehicle parked outside the church. Police took it away for further examination.

Pope Francis decried Thursday's attack in his Easter Sunday service, praying for those killed by Islamist gunmen who hunted down Christians while sparing Muslims. 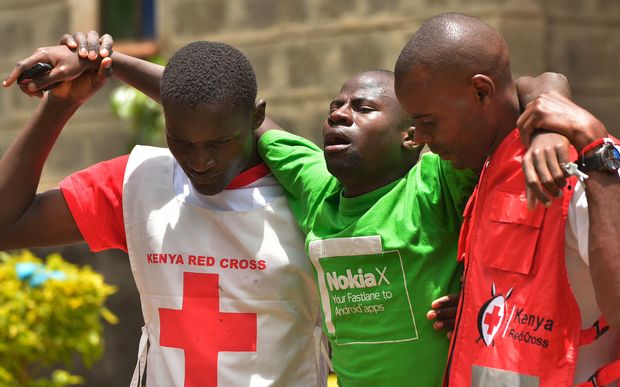 Red Cross workers help a relative of one of the students killed by al-Shabaab gunmen. Photo: AFP 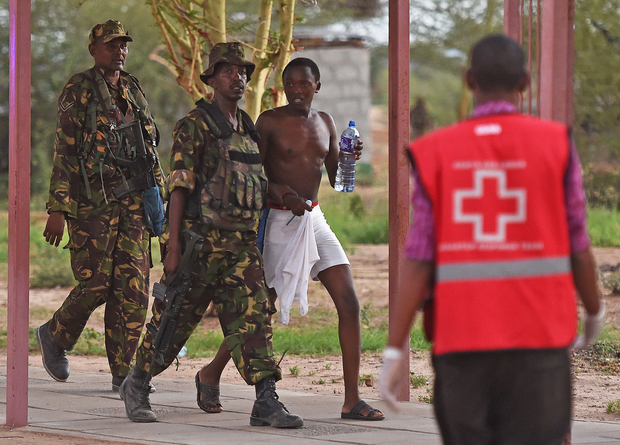 A male student hostage is escorted out of Garissa University. Photo: AFP

Ali Roba, the governor of Mandera county, said Kenya had "massive radicalisation problems, not only in the northern counties, but across the country."

A Garissa-based official who did not wish to be named said the government was aware Abdirahim Abdullahi, a former University of Nairobi law student, had joined al-Shabaab after graduating in 2013: "He was a very brilliant student. But then he got these crazy ideas."

Al-Shabaab said Garissa was revenge for Kenya sending troops into Somalia to fight alongside African Union peacekeepers against it. The al Qaeda-aligned group has threatened to turn more Kenyan cities "red with blood".

Police have stepped up security at shopping malls and public buildings in the capital Nairobi, and the eastern coastal region frequently targeted by al-Shabaab.

Militant attacks on Christians have damaged Kenya's traditionally cordial Christian-Muslim relations, and priests said they feared churches could be targeted on the main liturgical feast in the Christian calendar. 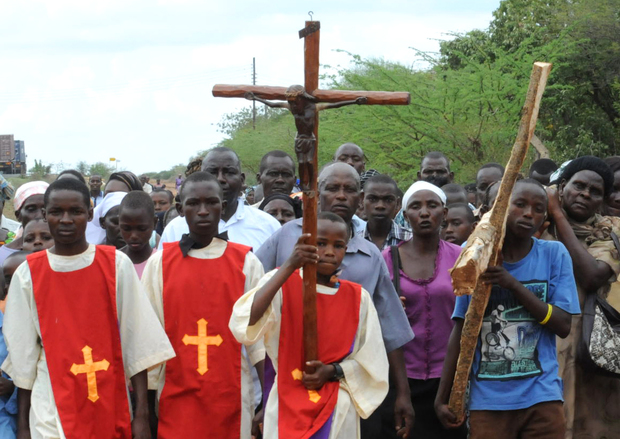