The US defence department says it is investigating an online threat allegedly made by Islamic State (IS) to about 100 of its military personnel. 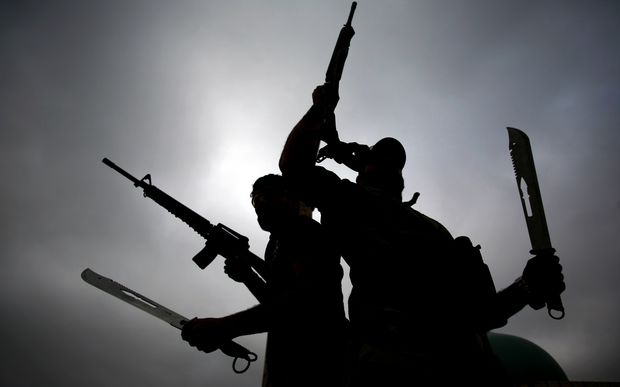 Iraqi fighters from the Saraya al-Salam (Peace Brigades) leaving Najaf to head to the northern Iraqi city of Tikrit to continue the offensive against Islamic State (IS) group jihadists. Photo: AFP

A list of names and addresses was posted on a website linked to the group alongside a call for them to be killed.

The group said it obtained the information by hacking servers and databases but US officials said most of the data was in the public domain.

A US security source told the BBC that those on the list were being contacted.

The group, which called itself the Islamic State Hacking Division, said the personnel named had participated in US missions against IS.

It urged its supporters in the US to "take the final step" and "deal with" those named.

A US defence official, speaking on condition of anonymity, told US media: "I can't confirm the validity of the information, but we are looking into it."

A spokesman for the US Navy's law enforcement agency told the BBC that the personnel would be advised to check their online footprint and adjust their privacy settings.

Since last September the US and its allies have been conducting air strikes against Islamic State militants that have seized large parts of Syria and Iraq.