A US Air Force veteran has been charged with attempting to provide material support to Islamic State (IS) militants. 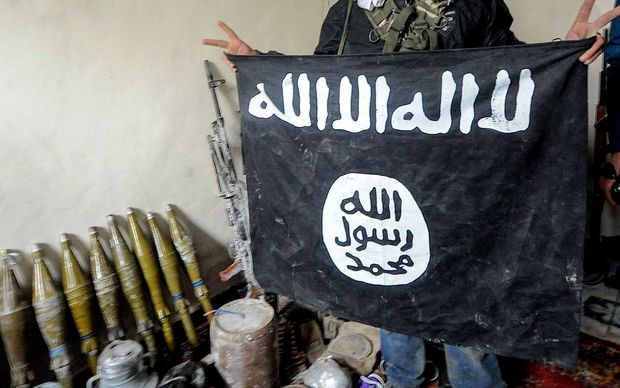 A court in New York has charged a US Air Force veteran with attempting to join Islamic State (file photo). Photo: AFP

Prosecutors say that he had been living and working in the Middle East for more than a year before his arrest.

Court documents allege he travelled to Turkey in an effort to cross into Syria but was denied entry at the airport.

The charges were announced on Tuesday by US Attorney for the Eastern District of New York Loretta Lynch.

Mr Pugh is an American citizen who was born and raised in the US, prosecutors say.

According to a statement from the US Attorney's Office, Mr Pugh served as an avionics specialist and mechanic in the US Air Force.

After he left the military, he did similar work for several companies in the United States and the Middle East.

In court documents, prosecutors allege that on 10 January 2015 he flew to Istanbul on a flight from Egypt, where he had been living for about a year.

Turkish authorities questioned him upon landing and denied him entry to the country.

Mr Pugh refused to let the authorities search his laptop, and they placed him on a return flight to Egypt the same day.

Egyptian officials detained him upon arrival, and discovered that many of his electronics appeared to be purposefully damaged.

On his mobile phone, they found several photos related to aeroplanes and one of a machine gun.

His wife told authorities that he had expressed interest in travelling "to Palestine to 'join jihad'".

When told that he was likely going to be deported to the United States, he asked to be sent to any other Middle Eastern country and said "the US doesn't like black Muslims".

US authorities say they found a letter addressed to his wife on his laptop that expressed his wish to "establish and defend the Islamic States". They also found over 100 jihadist propaganda videos, and a map of crossing points between Turkey and Syria.

On 15 January 2015, Mr Pugh returned to the US from Egypt and was arrested a day later.

He faces a maximum sentence of 35 years in prison.