Two US astronauts have been floating outside the International Space Station to begin rigging parking spots for two commercial space taxis. 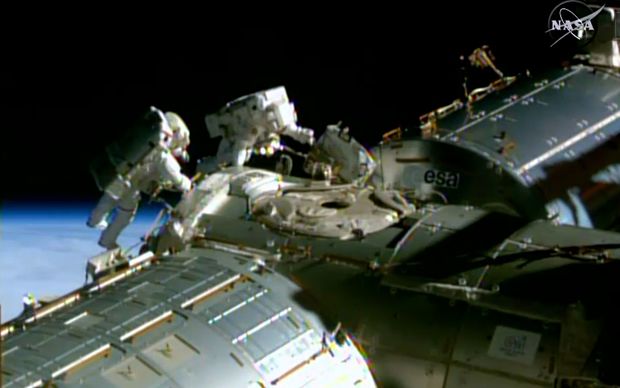 Station commander, "Butch" Wilmore, and flight engineer Terry Virts, left the airlock early this morning for the planned 6.5 hour spacewalk, the first of three outings over the next eight days.

The work will prepare docking ports for flights by private companies developing capsules to ferry crew to and from the station, expected to start late next year.

The United States had been dependent on Russia for station crew transportation since the space shuttle were retired in 2011.

The station is a $US100 billion laboratory owned by 15 nations.