Amy Pascal will step down as co-chairman of Sony Pictures Entertainment after hackers angry exposed embarrassing emails between her and other Hollywood figures. 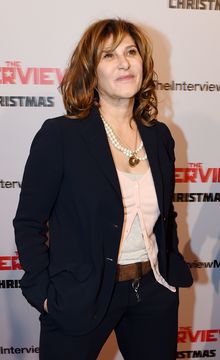 Ms Pascal planned to start a production company, funded by Sony, which would launch in May.

"I have spent most of my entire professional life at Sony Pictures, and I am energised to be starting this new chapter based at the company I call home," she said.

Ms Pascal, one of the most powerful women in Hollywood, has kept a low profile since her emails were leaked and widely reported, including racially insensitive remarks about the US President, Barack Obama's taste in films.

Last month, Sony condemned the "vicious" attack, which led it to suspend the release of the film, 'The Interview'.